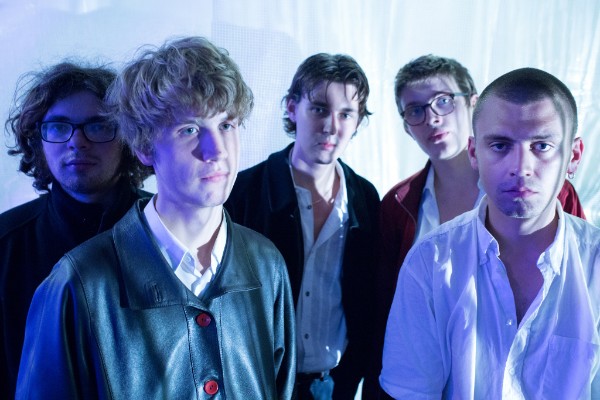 Jazz-punk outfit Pardans are fast becoming one of Denmark’s most exciting new bands. Alumni of Copenhagen’s famous Mayhem collective, they follow in the footsteps of some of the region’s most exciting exports, including Iceage (whose live-band currently include 2 members of Pardans), Marching Church and Lower. However, Pardans adds a new and jazzy sound to the beloved scene by making music that shares a mentality with the 70s ‘No Wave’ scene; experimental, unconventional and utterly unique.

Since forming in 2015, the five-piece has been building a reputation for its frenzied sound and energetic live shows. The band blends their punk roots with elements from a multitude of genres, and a diverse array of artists such as Ornette Coleman, David Bowie, Scott Walker and Captain Beefheart come to mind when listening to Pardans.

This month sees the band returning to the UK with their explosive live show, kicking off a series of dates on November 25th, starting in Cambridge and ending at the Shacklewell Arms in East London on December 1st.

Those new to the unique world of Pardans can view this specially recorded live session, unveiled today and filmed on September 30th in Copenhagen. It captures the band playing ‘Hookers (With Hidden Depths)’ – the lead single track from their recently released ‘Spit and Image’ album. This is followed by album track ‘Over the Moon and Beyond’, a discordant, Beefheart-like voyage that perfectly encapsulates Pardans genre-mash-up of jazzy improv meeting punk’s raw energy.

“The All-Star Red-Light Prime Time Orchestra provides the score for your midnight rendezvous with these slow grooving bangers,” state Pardans. “The city holds hidden depths and we invite you down its veins to uncover them. Unfold your tired wings and let honking horns blow you into the air.”

Explosive from the outset, the band let their intentions known on new album ‘Spit and Image’. Intense and cohesive instrumentals play question and answer with frontman Gustav Berntsen’s exasperated vocals, chopping, changing, and creating a wonderfully disjointed atmosphere from their unconventional set-up, which includes a tenor saxophone, piano and viola.

From lead single “(Hookers With) Hidden Depths“, with its infectious bass line and sax hook that sounds like a twisted soundtrack to a 40s Noir film set in a smoky New York jazz café, through to “When Come The Rats“, a menacing and heavy eruption of beats and riffs, the album is a 13-track collection of fascinating explorations into melody and rhythm that defy the norm.

Following the release of their debut Heaven, Treason, Women in 2016, the band have been on and off the road with Iceage and Marching Church through Europe, interspersed with headline gigs of their own, including the closing set at Copenhagen’s infamous Salon Pissoir on Christiania’s Pusher Street and a writhing set at this year’s SPOT festival. The release of ‘Spit and Image’ sees the band heading to the UK, France, Netherlands and Denmark to conjure up the majesty of the album live.

Pardans‘ new album Spit and Image is out now on Tambourhinoceros and can be ordered through Bandcamp here: https://pardans.bandcamp.com/