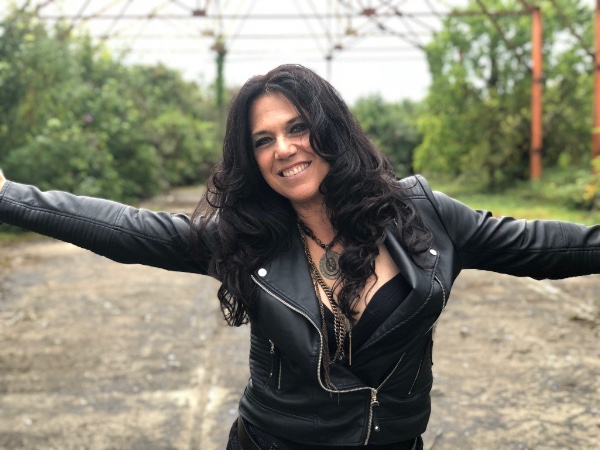 Sari’s “overnight” success comes after years trudging the rugged road of life of the hard-working Blues woman. From her humble beginnings, working the music scene in the legendary fierce South Bronx of New York and on Manhattan’s Lower East Side, to live performances at such prestigious venues as Carnegie Hal, alongside TV shows like Conan O’Brian.

New York-based Sari Schorr initially gained prominence throughout the blues world after several years of touring the US and Europe with Blues legend, Joe Louis Walker and renowned guitarist, Popa Chubby.  Schorr was recently inducted into the New York Blues Hall of Fame.

In the last 2 years Sari formed her own band, and has toured extensively throughout the USA & Europe. Sari has been described by many music pundits as a modern-day hybrid of Janis Joplin and Tina Turner – a red-hot rock singer who radiates emotional intensity, connects with and inspires her audiences, and leaves a lasting impression that’s larger than life. In a review of her latest album, one respected music wrote “You could very easily run out of superlatives to describe what must be one of the best female voices about right now.”

Sari’s travels have taken her from festivals as far as Nevada in the south of the USA to Ottawa in the north, to the mountains of Switzerland. Key festivals for Sari were playing the famous Ottowa Blues Festival, in front of 25,000 people, alongside Tom Petty, and in Europe playing the world famous Montreux Jazz Festival.

After watching one of these performances, another music critic wrote:-

“Sari Schorr is one of the best contemporary blues-rock singers in the world.”

Sari mixes a passion for music and with a duty of social responsibility. She has devoted her talent and energy to music projects of a grand scale for humanitarian causes. Most notable is her work on a “Toast to Freedom” for Amnesty International, where she collaborated with many musical legends including Warren Haynes, Levon Helm, Keb Mo’, Taj Mahal, Eric Burdon and Carly Simon. Sari’s humanitarian efforts include work in Haiti and India. She founded “Matters” – a non-profit that draws attention to humanitarian causes through the arts.

Sari is a marathon runner, animal rights activist, and aspiring vegan.  She currently lives in Brooklyn, New York with her husband and rescued pit bull triplets.