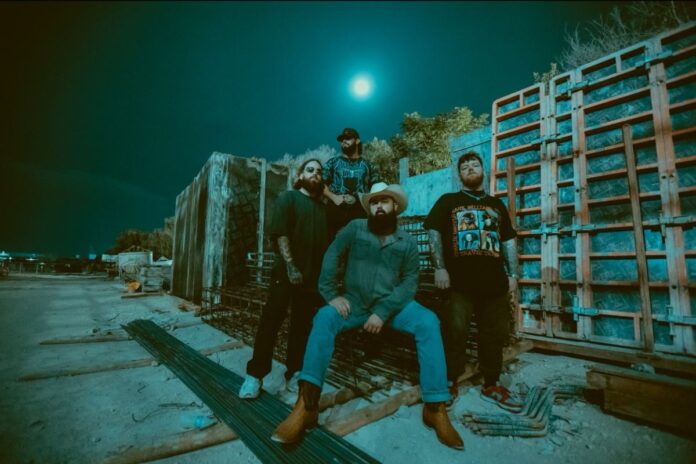 Alabama hardcore warriors Gideon have released a video for their new single ‘MORE POWER. MORE PAIN’, a crunchy, epic anthem built around a plate-shifting breakdown. The single is the title track of their upcoming album, due for release on 17th March 2023 via Rude Records (UK/EU) / Equal Vision Records (ROW).

“Becoming accustomed to pain will leave you asking for more, once you see the growth it can bring. If you can’t turn your pain into power, then you will live your life at the bottom, dwelling in self-pity, depression and continuing to revisit old versions of yourself. Being self-aware of your pain is a big first step to growing from the past and unlocking your true potential. Pain will always be a part of life. Embrace it, see it for what it truly is, and use it as fuel to build your strength and create the life you were meant to live: Give me more power.”

Since forming in 2008 in Tuscaloosa, AL, Gideon have been making a name for themselves by defying convention, creating their own distinct sound and never settling for anything that was just run of the mill or ordinary. Rather, the band have stretched the boundaries of their sound to great acclaim and to increasing commercial success. 2011’s debut album, Costs, established them as powerhouse of the metalcore scene, but that’s something Gideon simultaneously pushed away from it, incorporating elements of melodic hardcore and hardcore punk into the fold of their songs, but always with an underlying sense of positivity and defiance. Impressively prolific, the band released their next two full-lengths, Milestone and Calloused, on Facedown Records in 2012 and 2014 respectively, before signing to Equal Vision Records.

Their first album for EVR was 2017’s Cold, followed by Out Of Control in 2019, a record that deservedly saw the band’s profile rising steadily. And then, of course, the pandemic hit. All that hard work and dedication, the progress they’d made vanished in an instant. In fact, Gideon were mid-tour on that album cycle when touring came grinding to a halt and forced the band to return home to Alabama, frustrated and disillusioned with a situation that – like most touring bands – thought might mean the end of what they do. Thankfully, it didn’t, which brings us to Gideon‘s sixth studio album.

Recorded, mixed and mastered by Randy Lebouef at Graphic Nature Audio, MORE POWER. MORE PAIN. is a brutally intense burst of violent noise that both nods to the band’s past, musically and thematically, but also establishes itself in its own context.

“We had to walk through fire and break down walls to get to this chapter,” says Smelley. “We’re done explaining why we are the way we are. This album is for the misunderstood, the dreamers, the broken, the damned, the ones that refuse to fall in line. When everything and everyone tells you to give up, your mind can take you to dark places. We came to realize that there was strength in that. Instead of letting it consume us, we fought like hell.”

Gideon will embark on a US tour throughout February and March, with support from For the Fallen Dreams, Orthodox, and Guerrilla Warfare. Find out more and buy tickets here: https://gideonal.com/