Multi-National death metal wizards Serocs are back! ‘And When the Sky Was Opened’ is a technical opus that explores the psychology of war and what world conflicts do to the human mind, both as an invader and as the invaded. Following the positive feedback from their previous album, ‘The Next’, Serocs has perfected those elements to create this extreme masterpiece of controlled chaos.
Not only is ‘And When the Sky Was Opened’ bound together by lyrical concepts, the album features a cohesive musical theme that sees all eight tracks coalesce to create a singular musical experience. Described by the band as a much more varied experience than its predecessors, the album is a double-edged sword that features some of Serocs’ most technical and brutal material alongside their slowest and most crushing sections to date. ‘And When the Sky Was Opened’ was mixed by Neil Kernon [Nile] and mastered by Alan Douches.
‘And When the Sky Was Opened’ sees the return of vocalist Josh Smith [Slaughtered Remains], who appeared on Serocs’ 2012 debut full-length, ‘Oneirology’. Smith reclaimed his throne during the album’s production and was able to breathe new life into the songs with his intense vocal performance. Serocs mastermind Antonia Freyre comments on the vocalist’s return, “During the production of ‘AWTSWO’, we found ourselves trying different vocalists, but Josh really came through and blew us away with his performance. His catchy patterns and deep vocals really brought the songs to life.”
While writing the album, Freyre brought guitarist Philippe Tougas in as a full-fledged member and co-songwriter. Having appeared as a guest soloist on previous Serocs releases, ‘And When the Sky Was Opened’ gave the Canadian guitarist an opportunity to inject his own vision into Serocs’ sound. The collaborative efforts of Freyre and Tougas resulted in Serocs’ most diverse and intense effort to date. 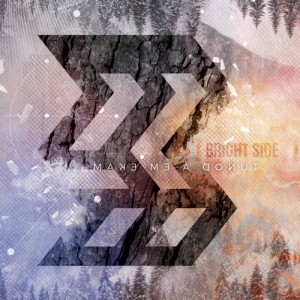 Comatose Music will release ‘And When the Sky Was Opened’ on November 27th.