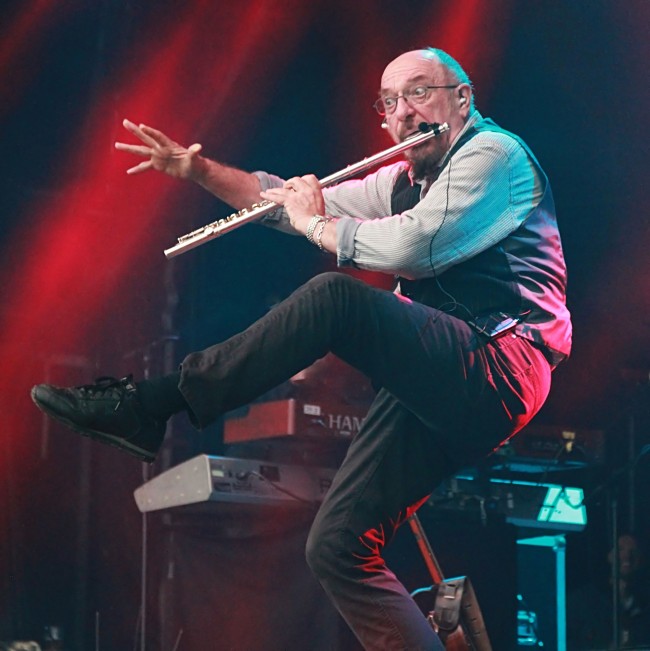 It can only be Jethro Tull, really.

‘Jethro Tull – The Rock Opera’ honours that 18th Century English agriculturalist after which the band was named back in 1968.

The shows tell the story of the original Jethro Tull’s life, reimagined as if in the near future and illustrated with Anderson’s best-known material from the repertoire of the rock band Jethro Tull.

Now, Anderson has released another of his trailers for the tour.

The set list will include many songs that Anderson found to be natural parallels with Tull’s life story: Wind Up, Heavy Horses, Aqualung, Back to the Family, Farm on the Freeway and Songs from the Wood to name a few. Some songs have been incorporated with slightly revised lyrics and five newly written songs have also been added to the mix.

Performing with Ian Anderson will be David Goodier on bass, John O’Hara on keyboards, Florian Opahle on guitar, Scott Hammond on drums plus some ‘virtual guests’ on a big HD video screen.

Anderson explains: “Instead of spoken introductions to the songs in the show, there will be the use of that operatic device, the “recitative”, where the links are made by short sung vocal segments in a usually-simple musical backdrop, making it a little easier and more entertaining for non-English-speaking audiences.”