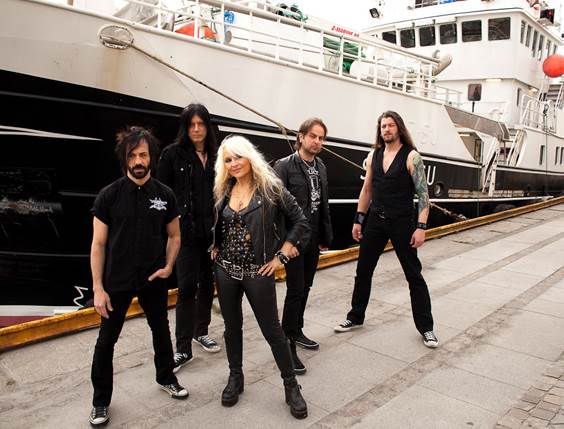 Following her upcoming North American tour, Doro Pesch will be presented with the renowned ‘Metal Goddess’ award at the Vegas Rocks! Hair Metal Awards 2016 in the USA on May 15th. But before receiving this prestigious award, Dorowill release her new EP (inc. single of the same name) ‘Love’s Gone To Hell’ on April 1st through Nuclear Blast. This release impressively cements exactly why Doro owns this worldwide status as the Queen of rock and metal.

The 6-track ‘Love’s Gone To Hell’ Digital EP is now available for pre-order via iTunes!
You can pre-order here.

The ‘Love’s Gone To Hell’ EP & single will be released digitally on April 1st.

With the title track ‘Love’s Gone To Hell’, Doro has created another outstanding power ballad, which doesn’t only gleam with a great piano intro, heavy guitars and a fantastic melody, but also with tons of emotion and a chorus which captures your ears and your heart from the word go.

As to be expected for such a special song, Doro has recorded a visually stunning music video for ‘Love’s Gone To Hell’. Filmed in superior locations such as the Renaissance Castle Bückeburg, Doro showcases herself in the video production in some incredibly impressive scenes in a way you’ve never seen her before. This is a video not to be missed.

Doro stated: “‘Love’s Gone To Hell’ is a magical song, a big anthem – and for myself it’s on the same level as the all-time favourites ‘All We Are’, ‘Love Me In Black’ and ‘Für Immer’.”

This is another reason why Doro is looking forward to her upcoming ‘Rock Meets Classic’ European Tour, on which the‘Love’s Gone To Hell’ single will be premiered live (from March 30th). Doro will hit the stage across 16 German cities and Switzerland as a special guest. In late autumn, the ‘Love’s Gone To Hell’ Tour will follow – when Doro will rock fans in the rest of Europe.

The 6-track EP which also contains – in addition to the three version of ‘Love’s Gone To Hell’ (Radio, Single and Demo Edit) and the duet with Lemmy – two live tracks: ‘Rock Till Death’ feat. Hansi Kürsch (Blind Guardian) and ‘Save My Soul’.

Both live tracks deliver a great insight into the long-anticipated DVD called ‘30 Years DORO – Strong & Proud’, which will be released in June, 2016 via Nuclear Blast. It features the Doro anniversary shows in Wacken and Düsseldorf, including pictures and spectacular tracking shots as well as sonic perfection. Additionally, the DVD contains tons of terrific and previously unreleased bonus material. 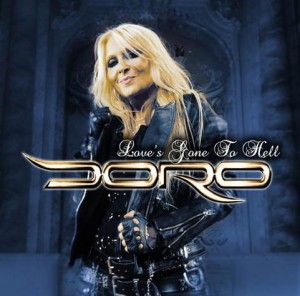 This year Doro will be touring extensively once again, stay tuned for more details.