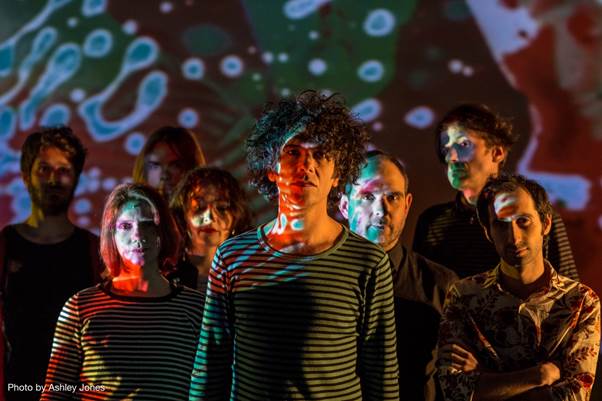 London-based psychedelic octet Knifeworld are set to release their third studio album ‘Bottled Out Of Eden’, on InsideOut Music on the 22nd April 2016. They recently filmed a video with frequent collaborator Ashley Jones, for the album’s opening track ‘High / Aflame’.

Kavus had this to say about the clip:“This ‘High / Aflame’ is an edited version of the six and a half minute opener from ‘Bottled Out Of Eden’. We wanted to start the album with something joyful and this is the song that birthed itself as a result.

Once again we worked with our long-time collaborator, Ashley Jones, and Innerstrings projections to create a video that was as colourful, giddy and ecstatic as the tune itself, something that looks how Knifeworld sound. I think I’m happier with how this turned out than any video we’ve done previously.”

The band recently announced a special album launch show at London’s Bush Hall on Thursday 12th May which will feature their biggest production yet plus a lot of surprises from the Knifeworld back catalogue.

You can also check out a teaser for the album, featuring footage from the recording, which you can see here:https://youtu.be/ktaCJSWOSmU 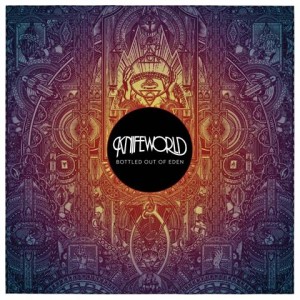