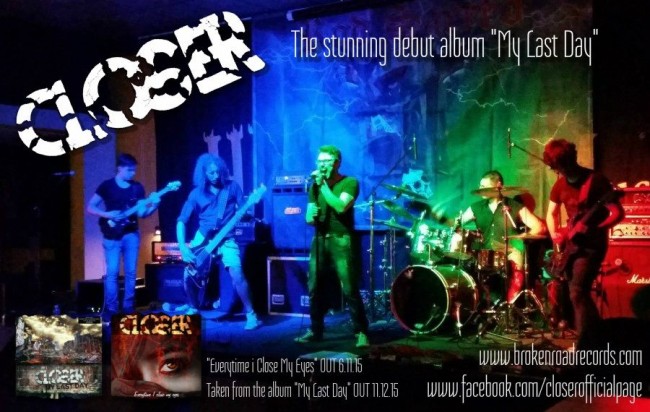 The Italian Creed? They hope so

The band take great influence from rock megastars such as Alter Bridge, Creed & 3 Doors Down which can be heard in a number of the songs on their upcoming debut album “My Last Day” With stunning guitar work and amazing melodies the album is sure to be a hit with rock audiences worldwide.

Coming in at just under an hour “My Last Day” really hits the mark from the very first riff, Featuring the lead single “Everytime I Close My Eyes” which is released on the 6th November 2015.

“My Last Day” is released worldwide on Friday December 11th 2015.