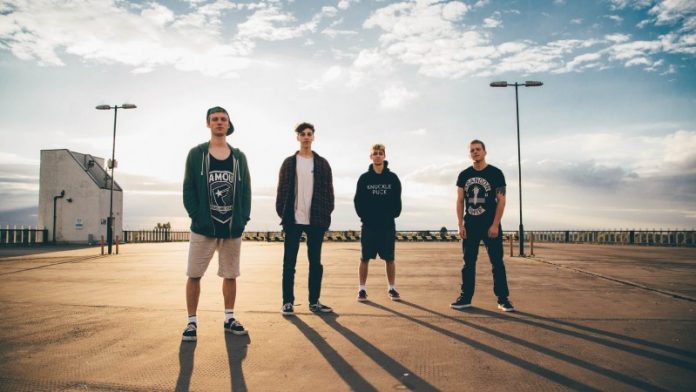 Brit pop punk crew ‘On The Open Road’ have dropped their killer new video ‘Rainy Days’ on, lifted from their forthcoming new EP ‘Storyteller’, out on Friday 26th February.

You can watch ‘Rainy Days’ right now at:

Finding inspiration from a range of influences, On The Open Road have pulled from legendary punks such as Blink-182 and Sum 41, through to contemporary kings like Chunk! No, Captain Chunk! and A Day To Remember. The industrious crew have broken down the truest essentials of the genre and have produced a
signature sound of their own that is punchy, energetic, and without doubt contagious.

Born in 2013 and hailing from Nottinghamshire, On The Open Road started life as a trio with school friends Tom Hawk on lead vocals and guitar, Dan Abey handling bass, and Ollie Green pounding on the drums. The three piece soon put out their debut EP, but it became clear that the band needed another guitarist to really raise their sound to the next level. New found friend Jack Dutton stepped up to fill the void on lead guitar. With a formidable live sound and an extra dimension to their music, the band extensively hit the road and started work on their next record.

The foursome release their new EP ‘Storyteller’ later this month, and it’s bursting with eight tracks of blistering pop punk, which is a firecracker of a cut, loaded with a refrain that you just can’t shake. With
tour dates lined up for the first part of the year, 2016 promises to be a gargantuan year for the band.