Korpiklaani Bid For The Bafta’s 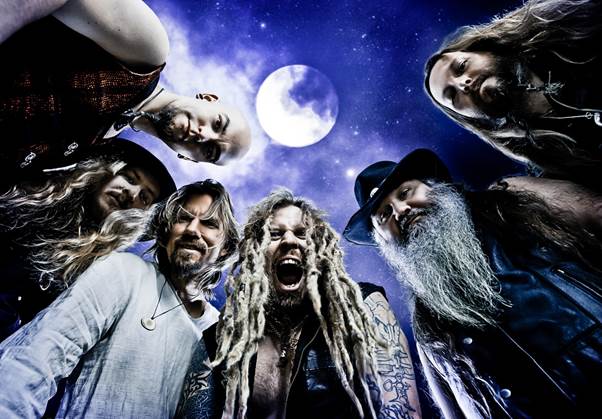 First EP out and tour news

Korpiklaani are very pleased to announce that they are currently working on their first ever DVD release! The DVD will contain exclusive live footage filmed across two shows in 2015, with more live footage due to be filmed this year. A sensational live CD will also accompany the release.

Korpiklaani frontman Jonne Järvelä said of the announcement:“Finally we can release our first ever DVD, with not just one show but from some of our favourite cities and festivals. We are also recording all shows on our upcoming tour for a bonus live CD, along with the recent tours in 2015. This will be the first of many more to come in the future!”

Part of the DVD footage has been filmed at their Volta, Moscow show (Apr 2015) and their Teatro Vorterix, Buenos Aires show (Dec 2015). Further footage is due to be filmed throughout their upcoming performances at Melkweg, Amsterdam (10 April) and at Masters of Rock Festival, Czech Republic (14-17 July) this year.

Lucky UK fans will have a chance to be a part of the live CD!
Part of the audio for the CD will be recorded throughout Korpiklaani’s upcoming UK tour alongside Moonsorrow this April.

Korpiklaani’s DVD & Live CD release will be due out late 2016/early 2017.
Stay tuned for more information.

Korpiklaani and Moonsorrow will be embarking on a UK co-headline tour this April entitled the Finnish Folk Metal Mafia Tour.

The tour (which is part of a larger EU tour) will take the bands though 7 different European countries, hitting the UK on 20th April at the O2 Islington Academy, London – culminating on 28th April at 1865 in Southampton. This is a tour not to be missed!

You can catch Korpiklaani & Moonsorrow at the following UK & Ireland shows:

The foundation of Korpiklaani occurred in 2003 in Lahti, Finland – and no-one could have foreseen that such a large audience would be interested in Finnish and English mythological texts. Their debut album ‘Spirit Of The Forest’ was released 2003, and since then Korpiklaani have forged their own path and established their own incredibly distinctive style.

Korpiklaani’s latest and ninth studio album ‘Noita’ was released in 2015 via Nuclear Blast to widespread critical acclaim.
It was the first album to feature new accordion player Sami Perttula, who has had a remarkable influence on the traditional folk arrangements along with Fiddler Tuomas Rounakari. This helped create the perfect balance between Folk and Metal apparent on the album, as frontman Jonne Järvelä had always envisioned.