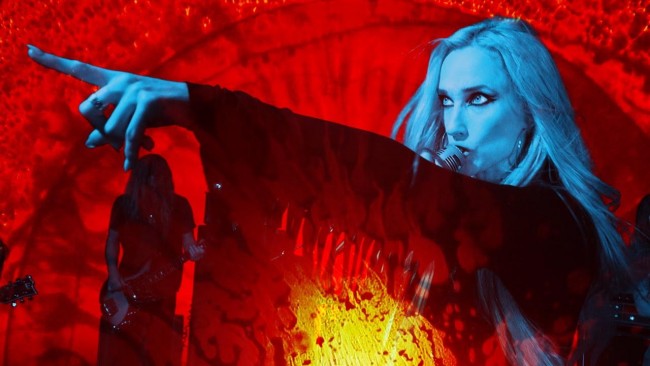 Coinciding with the release of STATIC is the world premiere of the band’s new video for the song“Sorrow” on Loudwire. The video was written and directed by Phil Mucci (Disturbed, Stone Sour, High on Fire), produced by Phil Mucci and Ian Mackay of Diabolik.

In addition to the Mötorboat Cruise HUNTRESS have announced that they will be providing direct support for Black Label Society as they go “doomtrooping” into 2016. This run of dates kicks off December 26th in Phoenix, AZ and runs through New Year’s Eve in Marksville, LA.

Order STATIC on iTunes HERE and via Amazon HERE.

HUNTRESS has extended their successful pre-order Pledge Music campaign after raising $25,000 to fund their new music video. The band will offer fans unique props from the “Sorrow” shoot, limited-edition signed vinyl, CDs and posters until October 9th. Check it out here!