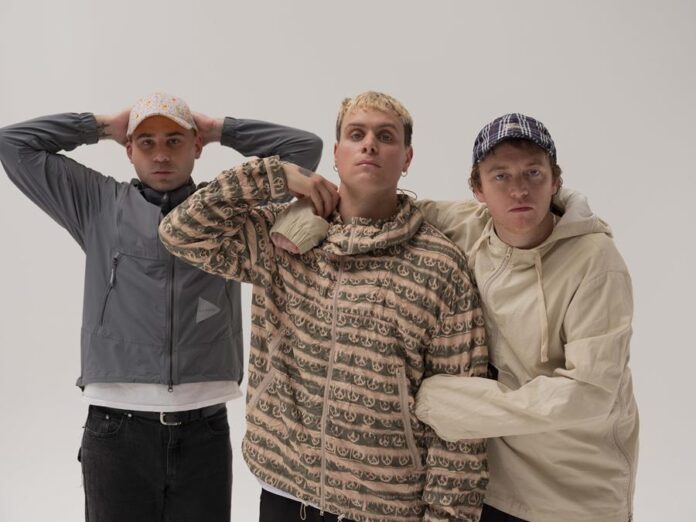 Today, DMA’S continue to tease new music from their highly-anticipated fourth album How Many Dreams?, with the release of new track Olympia. Recent new cuts from the album – ‘I Don’t Need To Hide’ and ‘Everybody’s Saying Thursday’s The Weekend’, the latter of which is nominated for Radio X’s Record Of The Year 2022 – have so far showcased the band’s willingness to make moves into increasingly electronic circles but with the arrival of Olympia we hear the trio take their sound closer to where it all began: earworm guitar riffs, sweeping melodies, and the thrust of yearning indie-rock at its purest.

Guitarist Matt Mason comments on ‘Olympia’: “’Olympia’ was written for a crowd, and is a dedication to all of our fans, especially the ones who’ve been with us from the start. we can’t wait to play it for you all.”

Hear ‘Olympia’ on streaming services here and watch the accompanying video, which as directed by Kyle Caulfield below.

How Many Dreams? for release on 31st March 2023 via I OH YOU. Pre-order the album here.

DMA’S recently completed their biggest ever Australian headline tour, played this summer in the UK on the main stages at TRNSMT and Reading & Leeds festivals, and toured with Kasabian through Europe. A huge support show with Arctic Monkeys at Sydney’s Domain is coming on 14th Jan before the band returns for another big run of UK headline dates in support of new album How Many Dreams? in April 2023. Full schedule below.