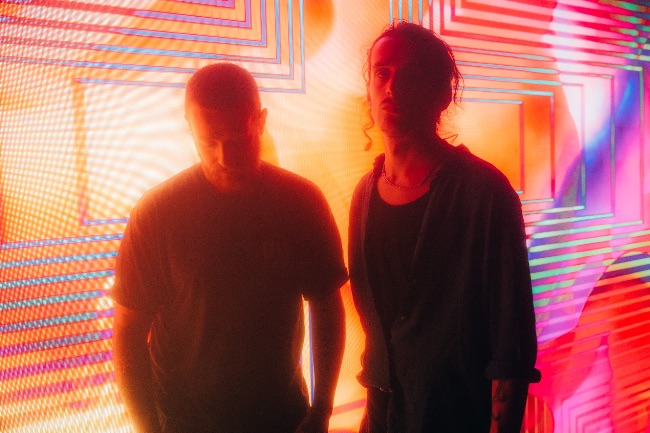 Deaf Havana have announced their 2023 UK headline tour. Kicking off in Leeds at Uni Stylus on 22nd March, the duo then hit Aberdeen, Edinburgh, Liverpool, Birmingham, Southampton, Oxford, Exeter and Brighton before wrapping up in Cambridge at the Junction on the 3rd April. Tickets are available from Friday 9th December at 10am GMT HERE.

Earlier this year Deaf Havana released their hotly tipped album, The Present Is A Foreign Land. Spanning 12 tracks written and performed entirely by brothers James and Matty Veck-Gilodi, the album explores themes such as imposter syndrome, conquering arduous life obstacles and self-discovery. These include previously released singles Nevermind, On The Wire, Kids and Going Clear. Listen to The Present Is A Foreign Land here.

In 2020, Deaf Havana were ready to go their separate ways after a decade together, but then the pandemic hit and they had no choice but to stop. Despite the band making the tough decision to call it a day, Matty continued to write songs and it was this that brought him and brother James back together after a turbulent few months. The two-piece decided to continue as Deaf Havana, and holed themselves up in a studio in Hastings with producer Mike Horner (Hot Chip, Jess Glynne, YONAKA and more). The result was The Present Is A Foreign Land; a mature and accomplished body of work.

After headlining the Rock Sound stage at Slam Dunk Festival earlier this year, the band played a string of instore shows to celebrate the album release before heading out on a 5 date UK tour last month including The Roundhouse in London. Deaf Havana have risen through the ranks during their time as a band, earning themselves coveted accolades including three Top 10 albums in the Official Charts with Rituals, All These Countless Nights, and Old Souls. 2018 saw them play their biggest headline show to date at Brixton Academy, alongside appearances at festivals such as Reading & Leeds, Mad Cool and Pukkelpop.