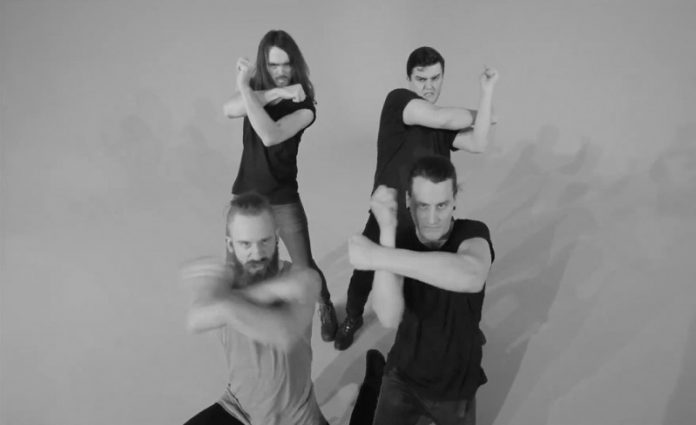 You should know by now that HECK never signed up to play the rock-by-numbers game, as proved once again in their new video for their latest explosive single ‘Good As Dead’.

Nottingham’s raging quartet, known for their deadly concoction of bone-crunching hardcore and vicious live shows, hooked up with director David Lankester to film their latest tongue-in-cheek video featuring their synchronized sense of humour.

“Good As Dead is a big, hooky pop song to get us big and famous,” explains guitarist/vocalist Matt Reynolds. “Basically, this is as close to “Paradise City” as you’re going to get from us. Enjoy.”

The new single is taken from their debut album ‘Instructions’, released on NPAG Industries on March 11th. A record that has already started picking up 10/10 reviews. It was co-produced by the band and Matt Peel (Pulled Apart By Horses/EAGULLS) at Cottage Road Studios in Leeds and is the most terrifying full length you will hear this year.

Pick up your blueprint for chaos digitally at iTunes www.smarturl.it/HECK-Instructions or on vinyl and CD at www.abandcalledHECK.com where you can also purchase tickets to their epic UK tour this month.