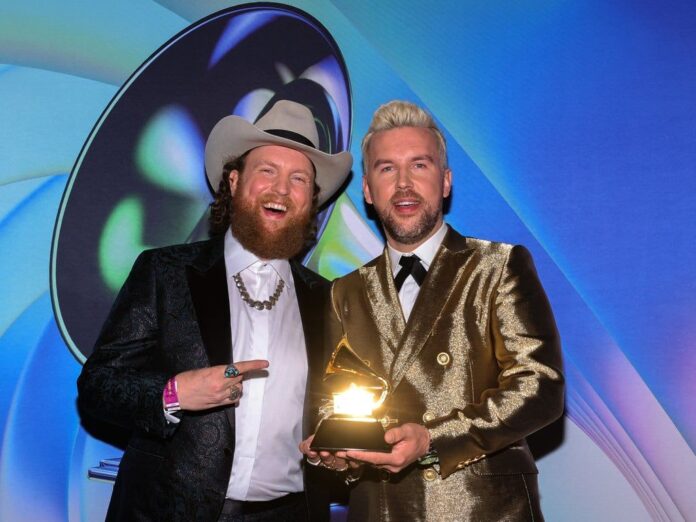 Frontman T.J. followed up the win with an emotional speech, explaining that the song was written “in response to me coming out”.

“I never thought I would be able to do music professionally because of my sexuality,” he reflected. “And I certainly never thought I’d be accepting a Grammy after having done something that I thought was going to be life-changing, potentially in a very negative way. But here I am tonight – not only accepting this award with my brother, who I love so much, but with a man who I love and who loves me back, and I don’t know what I did to be so lucky.”

Brothers Osborne were also nominated for Best Country Album for their 2020 ‘Skeletons‘ outing, released via Snakefarm Records in the UK, and they chose a track from this release, ‘Dead Man’s Curve’, to perform live at the close of the event, held at the MGM Grand Garden Arena in Las Vegas (Sunday, April 3rd), bringing down the house with true grit an’ swagger.

Having already toured the UK a number of times, and appeared at festivals such as Download & Country 2 Country, The Brothers next headline run over here will kick off on May 8th in Birmingham, with some shows already sold out and the venue in Leeds upgraded due to demand.