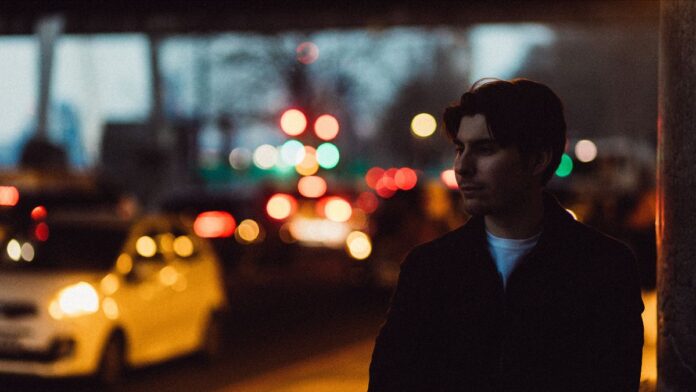 Provogue / Mascot Label Group are delighted to announce the signing of rising British blues troubadour Connor Selby. Provogue is home to some of the biggest names in blues and beyond, including Joe Bonamassa, Beth Hart, George Benson, Eric Gales, Kenny Wayne Shepherd, Walter Trout, Johnny Lang and many more.

He has already had an incredible moment most artists would dream of when he was asked to open for The Who at Wembley Stadium in July 2019. “It was an incredible experience,” he says. “Mind-blowing, really. I’m so lucky to have been able to do that, and it’s a day I’ll never forget.”

The sky is the limit for Selby, who has already picked up the attention of BBC Radio 2, with Cerys Matthews giving him numerous spins on her Blues Show. It’s easy to see why with a sound that draws influences as diverse as Eric Clapton, B.B. King, Ray Charles, Free, Peter Green and Nick Drake. He creates a soulful blend of blues with his own emotional and introspective songwriting, which sits alongside his impressive armoury of guitar playing.

Putting in the hard miles touring around the UK, he has supported artists such as Sari Schorr, Laurence Jones, Dr Feelgood, Henrik Freischlader, Chantel McGregor, Erja Lyytinen and, along the way, has caught the eye of the scene’s biggest tastemakers. Blues Matters raved about him, saying, “There’s a degree of maturity here which is rare in someone so young”, and “His age is immaterial. Many elder statesmen have forged long careers and not come close to such quality” Blues in Britain applaudedwith Classic Rock magazine highlighting that his debut “hints at a songwriting nous that could take him far.”

Joining a roster with some of the genre’s biggest names, Selby says, “I’m beyond thrilled to be signing to a label that has a genuine passion for the music I’ve loved for all my life, and that is so deeply connected to the music that inspired me growing up. I’ve seen Joe Bonamassa many times over the years. He definitely left a huge impression on me when I was a teenager. My hopes for the future are that I’m able to continue making music for as long as I can and that I am able to reach as many people as possible.”

Blues music runs through the singer-songwriter’s veins, and he’s been absorbing it all since he was a young child. “I’ve been very lucky to have had many amazing musical experiences,” he says. “I saw Eric Clapton at the Royal Albert Hall for the first time in 2006 when he had Derek Trucks and Doyle Bramhall II in his band. This was probably the first proper concert I’d even been to, and it was a very formative experience.”

He continues, “I’ve since seen Clapton ten more times or so In various places around the world. My dad also took me to Crossroads Guitar Festival in 2010, which was around the time I properly got into music and the guitar. Needless to say, seeing so many amazing players and influential players had a pretty profound effect on me. It was also the only time I got to see B.B. King, and just to be breathing the same air as him is an experience I’ll cherish for the rest of my life.”

Watch this space for more news on Connor Selby.