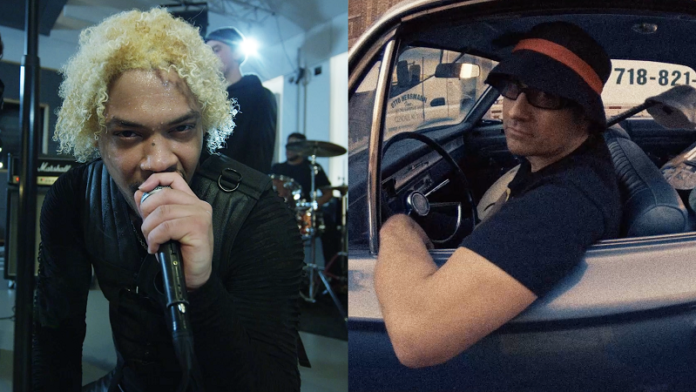 Listen to the song right here

Never one to follow, KID BOOKIE blazes his own fierce trail but this time with a little help from some friends in the now legendary Wheatus by reimagining a cult classic in the form of ‘Bookie’s Dirtbag’. Known far and wide and across the ages, the classic song, whose iconic early noughties video championed our unlikely hero Jason Biggs in ‘Loser’, has been integral to counterculture since its inception.

The new single is accompanied by a brand new video shot and directed by Wowa (Tion Wayne / Steff London / Lady Leshurr) and is a modern take on the classic story as told in the original video.

Regardless of its interpretation, KID BOOKIE’s new single fundamentally reminds us that at one point in time, we were all teenage dirtbags. Using this as an inspiration, the song’s cover art is a composite of faces, some of which you may recognise regardless of how early the photos are! They feature those that are near and dear to KID BOOKIE, as well as of course the man himself in their teenage years.

Here’s what KID BOOKIE had to say about how the new single came together and his experience of the original :

“This song means to me, what it probably does to everyone on the planet that has experienced being the piece of shit, teenage loser-esque, nobody. It doesn’t matter who you are, or where you come from, if rock music has been a muse for you at any point of your life, then this record is a staple in rock culture and will be for generations to come, especially the one I came from.”

“To even have the opportunity to not only work with Wheatus but to really understand each other and the thesis behind even wanting to create an interpolated version of Dirtbag is a ridiculous fucking anomaly when I think about the trajectory of not only where I have come from, but who I am. I’m a student of every artist I love that has come before me, so to work with one of the professors is always fucking awesome”.

Working together on the song has also brought a new perspective to its original creator, lead vocalist and guitarist of Wheatus Brendan B. Brown. It proves that twenty years and a whole new generation later, the song’s timeless sentiment still rings true. Brendan had the following to say:

“I’ve always felt that my intentions for the song and its inception are not as important as the way people see themselves in it currently. Teenage Dirtbag lives on because people can make it real for their own lives, now. Bookie’s version does just that.  He’s reinventing the song with his own life, his purpose, his fears, his dreams. That’s how he’s created something new, because he found a space for himself in the narrative and that’s the only renewable resource the song represents: other people, new experiences, new lives.”

“When we 1st came out in 2000 we were misfits all over again because “pop punk” was the only category we were put in…but it was wrong. Dirtbag is a laconic song. We’re from NYC. We worked on that hip hop swing for years before we released it…influenced more by LL Cool J, Public Enemy, Soul Coughing, Tribe Called Quest, De La Soul, Paul Simon, AC⚡️DC, Metallica, Ani DiFranco, Talking Heads…We were never a SoCal punk band. So all these years later to be honored by an artist like Bookie, it’s vindicating on our identity… ironically, because he’s stamped it with his own. Love it.”

The track comes after a whirlwind year supporting Casyette on her sold out UK tour alongside fellow Marshall Records artists Nova Twins in their native UK. KID BOOKIE was also recently announced as part of Download 20’s line up for their sure to be iconic 20th anniversary instalment alongside being nominated for MOBO Awards’ ‘Best Alternative Music Act’. Whatever your age, generation or experience ‘Bookie’s Dirtbag’ is a song that will appeal to the world over.

Evolve or die. These are the words that KID BOOKIE embodies day in day out. Being true to himself is perhaps the constant of KID BOOKIE’S vision. Not content with being pigeonholed into the categories of ‘Rock’, ‘Rap’ or ‘Metal’, KID BOOKIE is a compound of all three. Negating not only genre conformity but conformity itself he fiercely blazes his own trail and picking up more than a few guests along the way. His first live performance was for BBC Radio 1 Xtra with Dot Rotten at the young age of 16 and also featured on Corey Taylor’s debut solo album ‘CMFT’.

Following his 2021 release ‘Cheaper Than Therapy’ which garnered at ‘Top 10 in iTunes Rock Charts’ on iTunes we enter a new chapter in KID BOOKIE’s story begins today. Hold on tight.