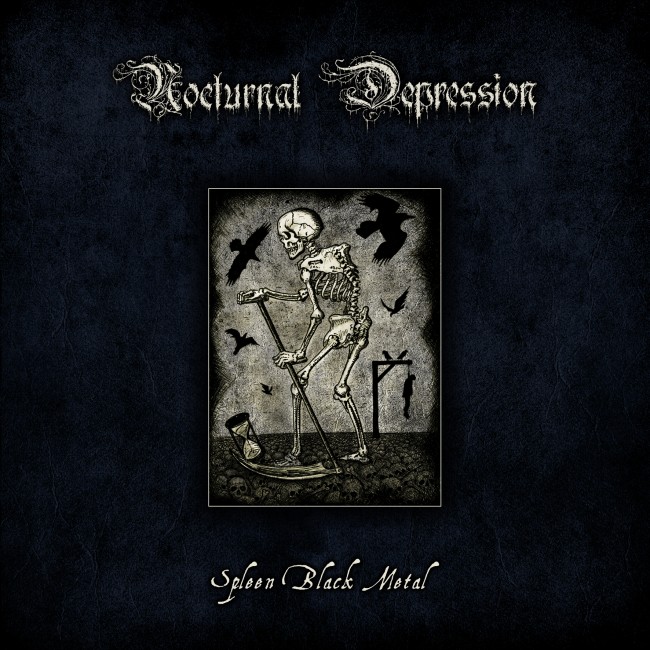 Nocturnal Depression have been growing in importance in the depressive black metal scene release by release since their 2006’s grand classic “Nostalgia..“ and reaching now to their 5th studio album: Spleen Black Metal.
As the title per-sè foretells, this album is lyrically built on the poems of a selected elìte of French poets and writers: Baudelaire, Cros, Laforgue, Brusset, Lamartine, elevating in this way the contents and target of this album to the top, lyrically.
Musicwise Nocturnal Depression continues their evolution too, by all evidences already started with their 2010’s The Cult of Negation album, the first with a better production and showing a much more mature band in terms of arrangements and song writing.

The album features also some guest appearances, most importantly the one by Algol of Forgotten Tomb.
Spleen Black Metal will be released by Avantgarde Music on June 8th 2015.