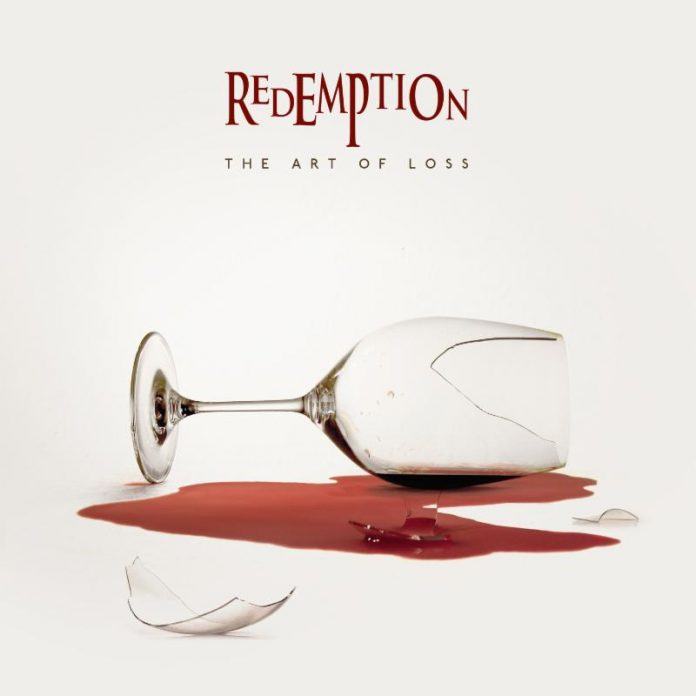 You can hear the entire album now streaming at Prog:

Director Brian Cox comments: “It’s very easy to dwell on the past. To stew in pain, wishing you could get someone or something back that you may have lost. But in the end, you will always have yourself, no matter how much things might change. Nobody can ever take that from you and that’s the message I tried to convey with this video.”

REDEMPTION’s Nick van Dyk (guitars/keyboards) adds: “We’re very excited to have worked with Brian to bring this song to life in this medium. The story of regret, survival, transcendence and the realization that we have the ability to be authors of our own destiny is brought home with the visuals that Brian has directed. Needless to say, it’s also surreal to perform with the great Chris Poland. This video is a great representation of what Redemption stands for, musically and thematically.”

For another preview of ‘The Art of Loss’, please visit metalblade.com/redemption to view the lyric video for the first single, ‘Damaged’ – featuring guest guitarist Marty Friedman – and to pre-order the album in various formats. The second single, ‘Thirty Silver’ – featuring guest guitarists Chris Poland, Marty Friedman, and Chris Broderick – can be heard here: soundcloud.com

Containing over 70 minutes of their unique blend of passion, melody, aggression and complexity, ‘The Art of Loss’ was produced once again by Tommy Hansen (Helloween, Pagan’s Mind, Pretty Maids, etc.), who worked with the band on 2009’s ‘Snowfall on Judgment Day’. The cover artwork was also created by long-time REDEMPTION collaborator Travis Smith (Opeth, Amorphis). Musically, ‘The Art of Loss’ follows its predecessor (2011’s ‘This Mortal Coil’), but their newest work finds composition, musicianship and production taken up another notch, with an array of songs ranging from hard-hitting melodic metal to the 23-minute epic ‘At Day’s End’– plus, special guest appearances from Chris Broderick, John Bush, Marty Friedman, Simone Mularoni and Chris Poland. See below for the official track-listing!

‘The Art of Loss’ track-listing

1. The Art of Loss (featuring Simone Mularoni and Chris Poland)

7. The Center of the Fire (featuring Chris Poland)

8. Love Reign o’er Me (The Who cover; featuring John Bush and Chris Poland)