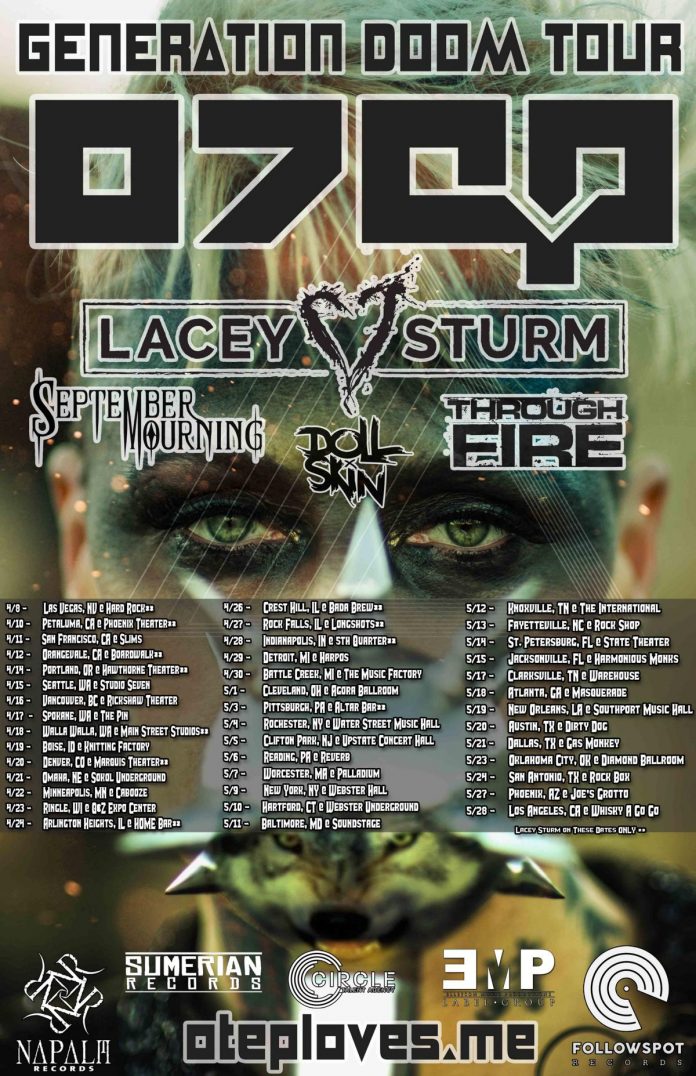 Formed from the poetic marrow of creative intercourse, OTEP is more than a band. OTEP is an Art Movement, a Revolution; Breaking ground. Breaking rules. Breaking barriers. Articulate. Aggressive. Pure Adrenaline. ARTcore of Heavy Mental Rock.”  This is how mastermind/vocalist OTEP Shamaya and her band have been described and this album proves this truth!

In support of the new album, OTEP has announced The “GENERATION DOOM” Tour.  The tour features support from Lacey Sturm (Ex-Flyleaf), September Mourning, Through Fire and Doll Skin.  The tour kicks off April in 8th in Las Vegas, NV and runs through May 28th in Los Angeles, CA.  A complete list of dates can be found below.

OTEP on the upcoming tour:

“This will be spiritually lawless celebration of art & freedom.”

The first audio offering from GENERATION DOOM, entitled “Lords of War”, can be streamed HERE.