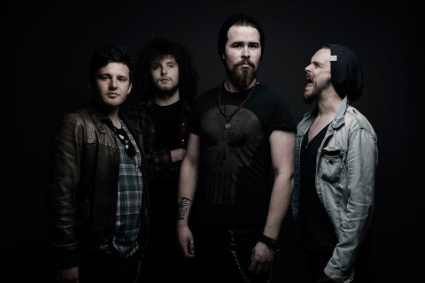 The first one is tonight!

With two London shows in the next couple of weeks – The Bedford Rocks on the 21st Aug and their big EP pre-release party at the Jubilee Club at the Barfly in Camden, 4th Sept, the band have also been been added to a couple of fantastic bills.

With airplay from Planet Rock, Classic Rock Radio & many other stations and having received some stunning reviews of their debut EP, these shows are going to be another highlight in what’s been a terrific year for NINE MILES SOUTH.

MVM reviewed their EP this week. Here’s what Andy said.