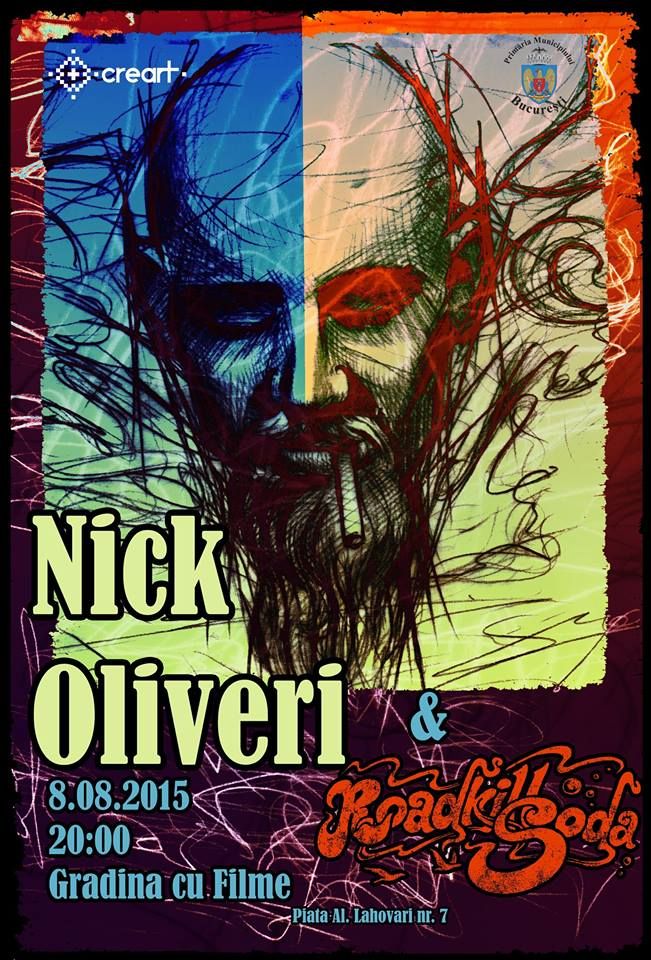 On 8th August 2015 Nick Oliveri (MONDO GENERATOR, KYUSS, QUEENS OF THE STONE AGE, VISTA CHINO) performed in Bucharest, Romania with ROADKILLSODA. Below you can find live footage from the show with Nick performing the song ‘Auto Pilot’ with the guys from ROADKILLSODA:

The newest studio album released by RoadkillSoda is titled Yo No Hablo Ingles and it was released on 23 October 2014 through Universal Music Romania on vinyl and CD. Along time, RoadkillSoda have shared stages with artists like Billy Idol, Slash and TriggerFinger.

Also, in 2014, Nick Oliveri have released the album Leave Me Alone through Schnitzel Records.