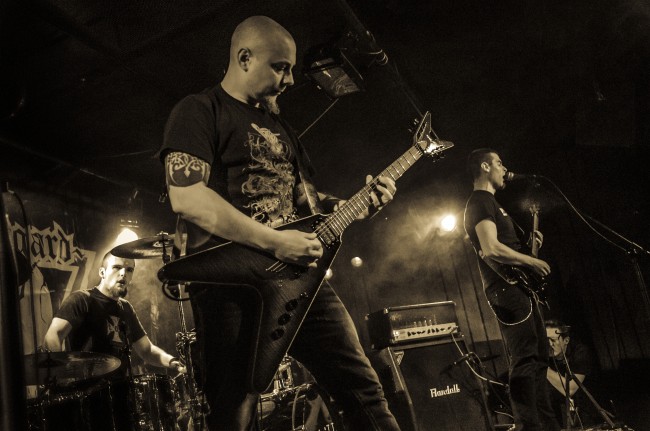 Nex is a Death Metal creation which was created in Szczecin on December 2013. Heavy, climatic death metal with elements of progressive, that’s the direction of our music.

In May 2014 band gathered up to play it’s debut gig on the same stage with such bands like Sphere, Trauma and Obituary.

In September Nex started recording their debut EP, which title, “Totalitarian Leader”, and shocking cover along with the lyrics, confront every extreme worships, in this case, used by the seniority of catholic church.

Nex has also a lot of gigs on their account including playing with Swedish Circle of Chaos, Sixth edition of “Metalowa Rzeznia” and many others.

Currently Nex has finished recording their debut EP which was released on 17th of July 2015! Thanks to “Musick Magazine” kindness on of the songs from the debut EP will be released on the medley called “Budzac Umarlych”!