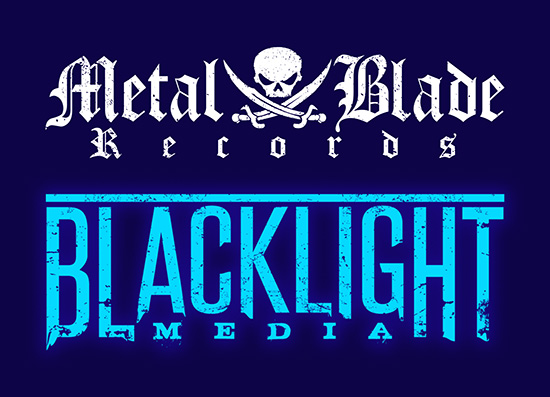 Chris Santos, executive chef and managing partner of the New York City restaurants VANDAL, The Stanton Social and Beauty & Essex, together with Brian Slagel of Metal Blade Records, today announced the launch of Blacklight Media, a label focusing on hard rock and heavy metal. Blacklight Media’s debut band, Good Tiger, led by guitarists Derya Nagle and Joaquin Ardiles, will help launch the label as they head on tour this March.

In addition to his status as one of New York’s most well known chefs, Santos is a lifelong fan of hard rock and metal music. A longtime friend of Slagel’s, Santos has worked to launch bands with Metal Blade Records in the past, preparing him to break into the industry and create an entity of his own.

Blacklight Media, a name created to expose talent that has been concealed and deserve the recognition of a larger audience, will work with high energy bands with a progressive unique sound. Blacklight will release music that possesses an extensive amount of melody, mixed with heavy ebbs and flow to catch the attention of its listeners.

“Starting a label of my own is truly a dream come true,” said Santos. “Music has always spoken to me in a visceral, instinctive way, and I’m hoping to curate a blend of hard rock and heavy metal that is unique in every way. Similar to my cooking, I hope the music our artists create will be engaging, well rounded, and sometimes whimsical.”

Partnering with Santos in the project is metal industry heavyweight Brian Slagel, who founded Metal Blade Records in 1982. The label is currently the oldest metal label in the industry at 34 years old and one of the largest independent labels in the world. Notably, Metal Blade is credited for launching the careers of bands such as Metallica, Slayer, GWAR, Cannibal Corpse, Amon Amarth, among others. Slagel brings this invaluable experience to the launch of Blacklight, a culmination of his long friendship with Santos.

“Chris Santos has been a good friend of mine for quite some time and his taste in music, as in food, is tremendous. He has turned me onto four bands who eventually signed to Metal Blade – the whole Metal Blade family is so excited to be working with him on this new venture,” said Brian Slagel, CEO of Metal Blade Records.

The label’s first signing, Good Tiger, will release their debut, A Head Full of Moonlight, on CD and LP via Blacklight Media on April 22nd. Featuring former members of Tesseract, The Safety Fire, and Architects UK, Good Tiger previously released the album digitally, with the first single, “Where are the Birds”, being heard on BBC Radio 1; the music video (directed by Kim Taylor, produced by Compulsory) was seen on Kerrang TV, Scuzz TV, MTV Rocks and more throughout Europe. With a new label partner – and upcoming USA tour with Between the Buried and Me andAugust Burns Red in March/April – the band is poised to earn even more buzz in the music community worldwide. To view the “Where are the Birds” video and to pre-order A Head Full of Moonlight in various formats, please visit: metalblade.com/goodtiger

In regards to the signing, Good Tiger‘s Derya “Dez” Nagle comments: “It’s very exciting to be working with such a driven and forward-thinking group of people. Chris and the rest of the team behind Blacklight Media are simply amazing. To be involved with the label from the offset, and chosen as their first signing is humbling. As a band we set out to create energetic, fun and interesting music, and I think those same qualities are reflected in the team we are working with.”