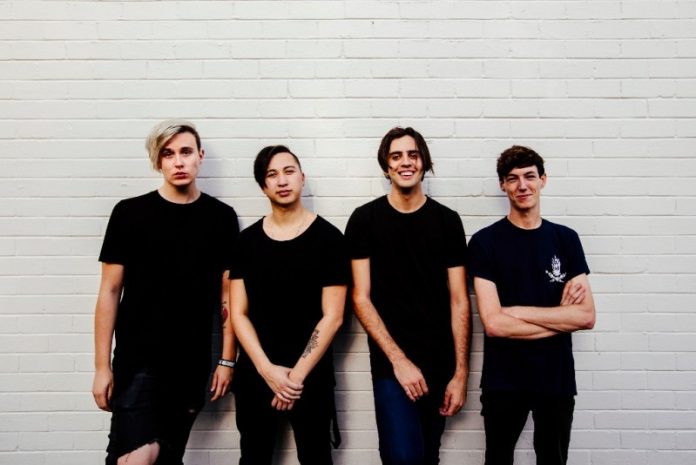 Australian natives, With Confidence, have released a brand new music video for their song ‘Voldemort’. Fans can watch it now on the official Hopeless Records YouTube channel here:

On the music video, vocalist Jayden Seeley said, “Voldemort is a happy, carefree ‘fuck you’ to mental illness and this video is our representation of that! It’s about rolling with the punches despite life breaking your green screen and throwing beach balls at you.”

The song is taken from the band’s debut album ‘Better Weather,’ which was released in June. The band previously released official music videos for their songs ‘Keeper‘ and ‘We’ll Be Okay‘. Both songs can also be found on ‘Better Weather’. With Confidence is currently touring the States on the Vans Warped Tour.

Formed in 2012 in Sydney, With Confidence is lead vocalist/bassist Jayden Seeley, vocalist/guitarist Inigo Del Carmen, guitarist Luke Rockets, and drummer Joshua Brozzesi. The four-piece’s popularity is a product of solid touring and hard work. They’ve recently headlined in Australia, toured in Japan with The Wonder Years, and were also in the UK with As It Is and performing at Slam Dunk Festival earlier this year. They’ll return to the UK towards the end of this year as support to Real Friends.

Previous article
Doing It Like Animals
Next article
Sounding Out