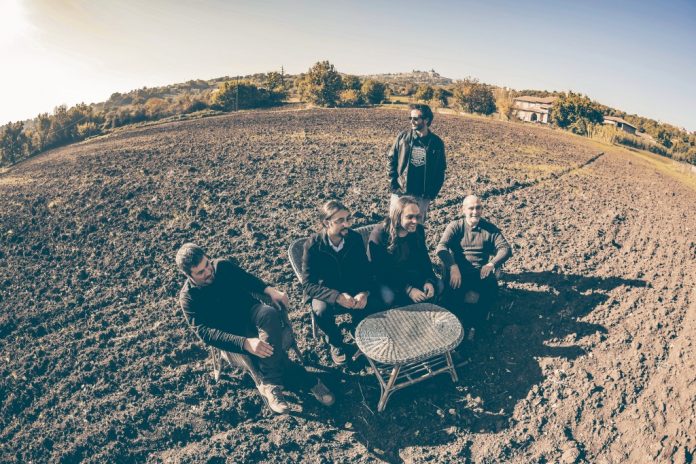 New album out in September, here’s a track

Ahead of the release on 2nd September of Nosound’s new studio album, Scintilla, the band have launched a new video for the song “Sogno E Incendio” featuring acclaimed Italian singer AndreaChimenti.

“The video was directed by Erika Errante she was introduced to me by Andrea via his son, as she had produced a few videos for his band and I wanted a video done by someone else for once, not myself. For this reason I wanted to give her full freedom, all we knew is that we didn’t want to go too literal with the lyrics in the song, but instead expressing the concept in another way. So the concept is explained through the idea of lost and found people and feeling, and transformation from one into the other. It is a more loose and artistic connection, and I liked it a lot for that reason” explains Nosound’s Giancarlo Erra:

Giancarlo Erra co-wrote the song with Andrea Chimenti “Working with Andrea was extremely easy, we discovered we have a common emotional ground, so the theme of my album immediately vibrated with him and together we quickly arrived to the meaning this song was meant for. The song is all about the spark (scintilla) that can  ignite a fire, but for that to happen there’s a need for dead dried leaves, or branches, or old paper, so the old & dead stuff that seem useless is what is really needed  for the fire to start again”.

On the collaboration and creative thought process Chimenti adds “Giancarlo Erra had long ago sent me an instrumental song to listen to, it struck me immediately and I liked very much the idea of working with him, but as often happens we were busy with various things and that tune remained in the drawer for a while … maybe it was not the time to deal with it because everything happens when it has to happen. At the beginning of this year, after a series of events that have transformed my life, the text and singing for that song were born. The extraordinary piano sequence of Nosound, with its perpetual motion, rolled out the words, one after another like a string of pearls and the album title Scintilla was the thread on which they walked. The crescendo of the second part suggested to me fire as a purifying element that from a spark turns into a real fire. I love music when it manages to be evocative, calling into dreams and images. The music of this song has in it all that strength and not just that of the dream, but that of the spark, the fire prelude.”

Scintilla will be Nosound’s fifth album, introducing a wholly new musical and visual approach for Giancarlo Erra’s ever-evolving band, it is an emotionally complex and musically direct work presenting a stripped-down set of compositions that mark a major departure from Nosound’s trademark symphonic lushness and production precision. Taking in influences from Post Rock, Shoegaze and Alt-Singer-Songwriters, the album imaginatively utilises a mostly organic and acoustic sound palette. As well as featuring Andrea Chimenti , Anathema’s Vincent Cavanagh lends his distinctive vocals to two of the album’s tracks, and cellist Marianne De Chastelaine returns once more to the Nosound fold (this time in a more free-flowing and improvisational capacity).

A deluxe CD/Blu-Ray in Mediabook with a 24 page booklet. The Blu-Ray contains HD stereo and 5.1 surround sound mixes, plus additional video content.

An audiophile double 180g vinyl edition (mastered at 45rpm to ensure quality) in a gatefold cover with booklet and poly-lined inner bags. Also includes a download card featuring the vinyl master at 320kbps.

Download and streaming versions will be available to pre-order here:http://smarturl.it/SCINTILLA_DIGITAL