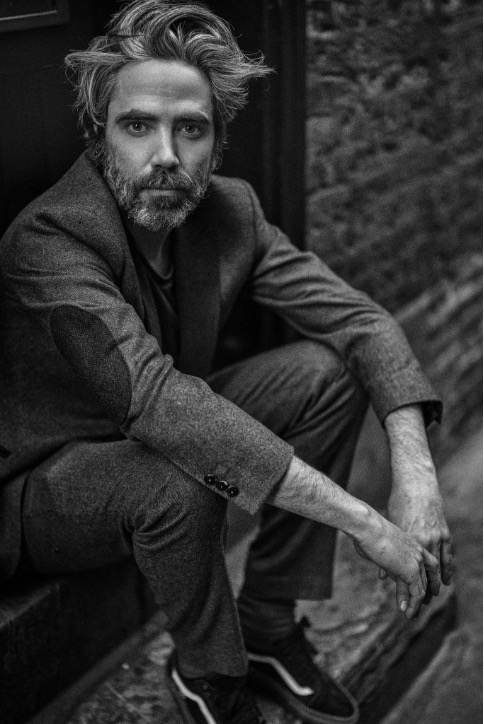 Today, Patrick Watson released his seventh full-length studio album ‘Better in the Shade,’ via Secret City Records. The CD and a limited-edition colored vinyl will be released later this year and are available for pre-order HERE. Along with the release, Watson has also shared a stop-motion music video for the title track directed by Elisabeth Perrault.

Stream/purchase ‘Better in the Shade’ HERE

In Patrick’s words, Better in the Shade “is about negotiating a world where you don’t know what’s real anymore.” “I really spent a lot of time reading to improve my lyrics for this record”, he says. “I was very inspired by Jesus’ Son by Denis Johnson, The Waves by Virginia Woolf and Fever Dream by Samanta Schweblin. The lyrics are a collection of little thoughts that were pacing in my head. We worked hard on rebuilding the tones of our arrangements and we brought a bigger electronic component to the music” he continues. “With the addition of modular synths, we were able to find a warmer and more touching approach to the electronics, that feel as acoustic as the rest of the instruments and move like liquid. Basically, I went back to school for the last two years to be able to bring something new ha-ha. Andrew Barr from the Barr Brothers joined us on drums for this record, it’s a pleasure to play music with such a great musician”.

Of the video, director Elisabeth Perreault, who also created the album artwork, reveals, “I met Patrick last May at the Projet Pangée gallery, during my exhibit. As a sculptor, I wasn’t planning on directing a music video this year. Patrick’s trust in me deeply touched me. This collaboration introduced me to the world of animation, which I always admired without being very familiar with it. Seeing my sculptures come to live to the sound of his music was such a joy. Flowers seeking their balance throughout various dreams, as reality becomes indistinct from fantasy”.

Watson announced the record last month with the release of the single “Height of the Feeling,” which was excitedly picked up by Under The Radar, NewSounds, Cool Hunting, BrooklynVegan, Clash Magazine, Exclaim!, and Northern Transmissions, among others. This week, NPR Music featured “Height of the Feeling” on All Songs Considered with host Bob Boilen who says “Patrick Watson is an outstanding storyteller and on his new song, “Height of the Feeling,” he’s joined by singer Ariel Engle (also known as La Force) and a mix of modular synthesizers to flesh out his sound”.

Patrick Watson composes, performs and records his albums with his long-time bandmate and collaborator Mishka Stein. The recipients of Canada’s Polaris Music Prize, in addition to multiple JUNO and Polaris nominations, Watson and his band have toured on all continents, on occasion playing with full orchestras to bring their rich music to life. Their most recent tour saw the band playing some of their largest venues to date, including the Barbican (London), L’Olympia (Paris), Coliseu (Lisbon), El Plaza Condesa (Mexico City), and more. Raised and still living in Montreal, Watson has composed several scores for both film and television, including a trailer for The Walking Dead and Wim Wenders’ 3D film Everything Will Be Fine.

This new recording appears after a prolific last couple of years – despite the worldwide pandemic – where Patrick released multiple songs (“A Mermaid in Lisbon”, “Que reste-t’il de nos amours”, “Lost with You”) following-up his previous award-winning album, Wave, released in 2019. More recently, Patrick played in London, UK at the Barbican with the BBC Orchestra and will be playing a number of shows throughout Quebec over the next month. More concert dates will be announced soon.