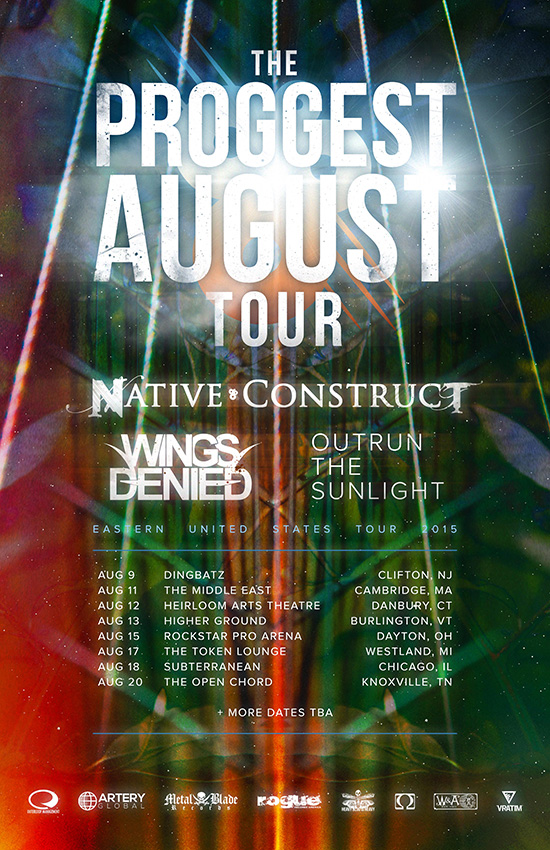 Native Construct to embark on “The Proggest August Tour” next month!

Native Construct are set to begin a headlining tour in support of their debut album Quiet Worldnext month. The aptly-titled “The Proggest August Tour” will include supporting acts Wings Denied and Outrun the Sunlight and is scheduled to begin on August 9th in Clifton, NJ at Dingbatz. The tour runs throughout the month of August and more dates are to be announced. For updates, follow the band at facebook.com/NativeConstruct.

Vocalist Robert Edens comments on the tour: “We’re very excited to hit the road in August with our friends in Wings Denied and Outrun the Sunlight! These guys are doing some really cool stuff in the prog metal realm and we’re so thankful to have them supporting us on this run. For fans who have been waiting to hear Quiet World live, this is a show they certainly don’t want to miss.”

Also, it was just announced that Native Construct will be performing at ProgPower USA XVI during the main show on Friday! The official announcement was posted atfacebook.com/ProgPowerUSA. The sold out festival is scheduled to take place September 9th-12th at Center Stage in Atlanta, GA. Other acts include label mates Armored Saint and Falconer as well as Everygrey, Saxon, and many more.

Quiet World is available for purchase at metalblade.com/nativeconstruct. While there, check out music and videos from the band. And, of course, the album is available on all streaming music services, including Apple Music and Spotify.