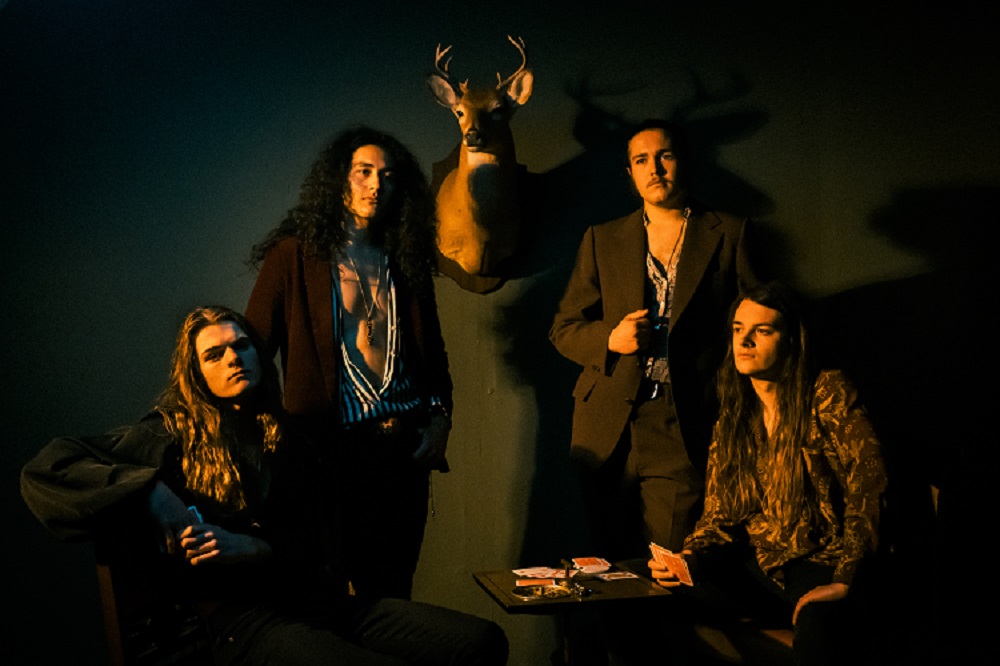 Naked Gypsy Queens released their debut EP, “Georgiana” last week. Not only did meet the approval of Alice Cooper, but our review said: “this is brilliant. Stars have been born on way less than this.”

It’s a record with many influences, so it seemed like a good chance to see what makes the boys tick, so we sat down with bass man Bo Howard to find out his five favourite albums – and there’s plenty of surprises.

Pink Floyd- Dark Side Of The Moon (Time)

Time was the first song I ever heard off of Dark Side. It completely put me in a trance like no other song had before. I was blown away with how the band brought actual old clocks into the studio and set them off all at the same time. Roger’s bass line and tone affected me so much that it’s a big inspiration in my playing that you can definitely hear if you listen close to my bass lines.

Soundgarden is and will always be my all-time favorite band. Chris Cornell hits me in the SOUL with how he sings and his range. This album flipped my head upside down with how incredibly heavy both the music and lyrics are. It totally changed how I play and thought of singing music. Ben Shepherd jumping around on stage, Kim Thayil laying down devilish riffs, Matt Cameron’s tight groove, and Chris Cornell hitting unbelievably incredible notes, what’s not to love? New Damage covers all of those things.

Black Sabbath was the first band that turned me into the metal head I am today especially with this track off their first record. The riffs they put out on this record completely molded how I play. Most of the time when I write a song, there’s always a huge nod to this album and just Sabbath in general. During this track, Geezer Butler has a minute bass solo that influenced my tone 100% that I try to put into our own songs. Black Sabbath introduced me to the stoner rock/metal that I listen to almost everyday.

This song just slaps me in the face every time I listen to it which is always a good sign to me. I really like to study serial killers and this song nods at the green river killer which immediately drew me in. The riffs are so sludgy and heavy which I try to bring to NGQ.

Cade actually introduced me to this album and it completely changed how the band played. This album impacted the band in incredible ways. We created so many cool live show jams based off this album and this song. There’s so many layers within this song that is mesmerizing to listen to including Berry Oakley on bass. I learned so many things just based on Berry’s playing on this song, including getting comfortable with walk ups and really relooking at how I lock in with Landon with how Berry locks in with Butch Trucks and Jaimoe.

Naked Gypsy Queens, Georgiana is out now. You can buy it here: https://www.mascotlabelgroup.com/collections/naked-gypsy-queens