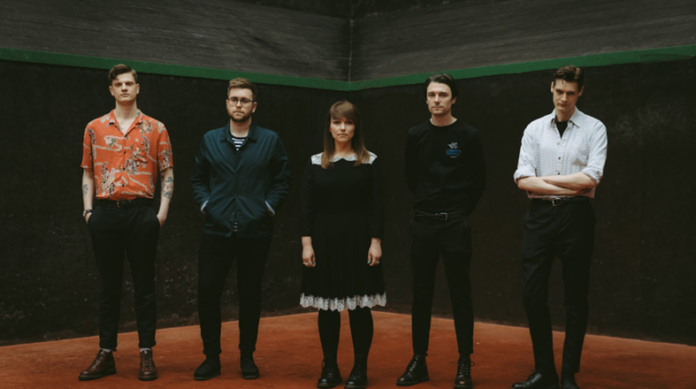 With a rawness that owes influence to the North East coast they call home, Pit Pony are a caustic, fuzz-rock five-piece from Tyneside, who today share new single ‘Black Tar’ which is their first new music since 2020. They also announce that they have signed to Leeds label Clue Records, home to Bored At My Grandma’s House, YOWL, The Wedding Present, and more.

Despite a relatively modest back catalogue of just a handful of singles since forming in 2018, Pit Pony have received support from BBC Radio 1, BBC6 Music, Radio X, with the likes of Steve Lamacq, Mary Anne Hobbs, Huw Stephens, and John Kennedy getting on board already. Armed with lots of new music and a bigger sound, the band are back with the bit between their teeth and ready to move.

With their foot firmly on the throttle, new single ‘Black Tar’ kicks in at 100mph and never lets up from its breakneck drive forward. Joined with a video that showcases the live energy they’re becoming renowned for.

Speaking about the track, Jackie explains “It’s quite literally about anxiety, about putting the work in to improve things and going back to the beginning. Feeling like you can’t get anything right and you’ll feel like that forever. The whole track being the same riff throughout, and driven by the constant throbbing bass, really conveys the feeling of that constant cycle. That treadmill you feel like you can’t get off.”

Jackie continues, “Of course you do get off, and you can feel better, but it takes time and work. The jagged and garagey sound lends itself to the stark melody and lyrics. It’s not one to overthink. By the end of the song I’m telling myself to snap out of it and keep going.”

Over the past 6 months the band have played three sold out headline shows in Newcastle, supported IDLES at their sold out Newcastle date, supported LIFE on their UK tour ,and before that, sold out their first 7” for single ‘Hard Rainfall’. Pit Pony are set for a short tour next month (dates below), with tickets on sale now here.