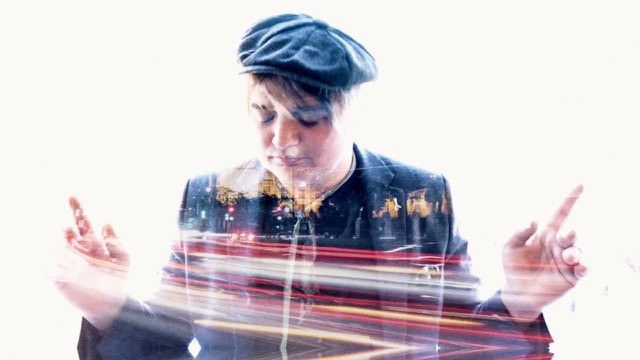 Peter Doherty & Frédéric Lo release their debut album ‘The Fantasy Life of Poetry & Crime’ through Strap Originals on Friday March 18th.A new single, lifted from the album, ‘The Epidemiologist’ is available now to stream and download, along with previous singles ‘The Fantasy Life of Poetry & Crime’and ‘You Can’t Keep It From Me Forever’ when you preorder the album from: https://lnk.fu.ga/thefantasylifeofpoetrycrime

To celebrate the release of ‘The Fantasy Life of Poetry and Crime’ Peter Doherty & Frederic Lo will be playing a series of intimate acoustic shows and signings across the UK. Tickets are available now:
MARCHSUN 20th London Sister Ray at 100 Club (midday)https://sisterray.co.uk/products/the-fantasy-life-of-poetry-crime
MON 21st Liverpool Jacaranda at The Cavern Club (7:00pm)skiddle.com/e/36028142
TUE 22nd Southampton Vinilo at the Brook (7:00pm)https://vinilo.co.uk/products/peter-doherty-and-frederic-lo-the-fantasy-life-of-poetry-and-crime-southampton-outstore
WED 23rd Southsea Tonic, Prince Albert Road (5:00pm – 7:00pm) https://peterdoherty.tmstor.es
‘The Fantasy Life of Poetry & Crime’ is another beguiling left turn by one of our most prolific artists, Peter Doherty. Peter’s deft lyricism combined with Frederick’s delicious francophone musical arrangements is a marriage made in heaven. The video for The ‘Epidemiologist’ was filmed and directed by Roger Sargent (The Libertines/Fat White Family/Baxter Dury) https://youtu.be/85gVZLw3k2k
Peter“When Frédéric and I were sat at the kitchen table writing with guitars, we wanted the feel of ‘The Last of The International Playboys’ or ‘Everyday is Like Sunday’. There are a number of references in the lyrics to films, writers and books. It’s about hope when things are a mess.
Frédéric“It was one of the first songs I played to Peter but it was the last one we finished. Pop and a bit classical.”
‘The Fantasy Life of Poetry & Crime’ will be available on Vinyl (in multiple colours), CD, cassette and digital download along with exclusive and signed items from the Official Store  https://peterdoherty.tmstor.es/
Written and produced by Frédéric Lo ‘The Fantasy Life of Poetry & Crime’ wasrecorded at Cateuil in Étretat (Normandy) and Studio Water Music in Paris and mixed by François Delabrière at Studio Moderne, Paris. All words are by Peter Doherty and music by Frédéric Lo.
Frédéric Lo is a French musician, musical director, composer, arranger, music producer and singer-songwriter. Living in Paris, Lo is most notably known for his work in duet with Daniel Darc and for his work with Pony Pony Run Run, Stephan Eicher , Maxime Le Forestier , Christophe Honoré and Alex Beaupain.
As previously announced Peter Doherty & Frédéric Lo will be touring in May with shows in the UK, France, Germany, The Netherlands and Belgium. Tickets are available if you preorder the new album now from: https://peterdoherty.seetickets.com/
MAYTHU 5th Paris Le TrianonFRI 6th Cologne Carlswerk VictoriaSAT  7th Berlin MetropolMON 9th Amsterdam Zonnehuis AmsterdamWED 11th Ghent HandelsbeursFRI 13th London KokoSAT 14th Birmingham Town HallMON 16th Liverpool OlympiaWED 18th Aberdeen The Lemon TreeTHU 19th Hull TowerFRI 20th Cambridge Junction
Peter Doherty has released nine albums: three with The Libertines – ‘Up The Bracket’ (2002), ‘The Libertines'(2004) & ‘Anthems For Doomed Youth'(2015); three with Babyshambles ‘Down In Albion’ (2005), ‘Shotters Nation’ (2007) & ‘Sequel To The Prequel'(2013); two solo albums ‘Grace/Wastelands’ (2009) &’Hamburg Demonstrations'(2017); and one as Peter Doherty & The Puta Madres (2019).