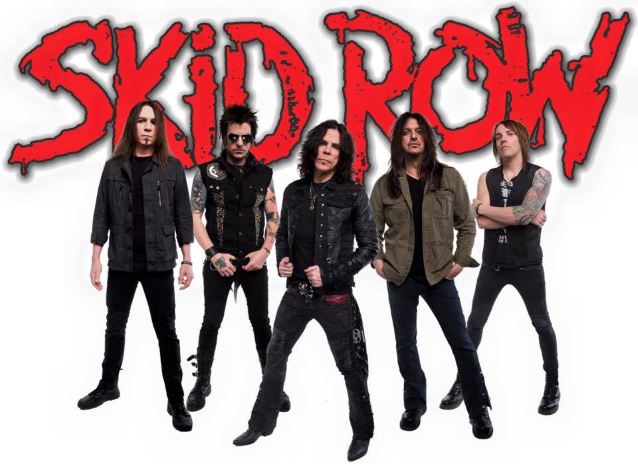 New Jersey hard rock legends recently announced the departure of singer Johnny Solinger and the arrival of his replacement Tony Harnell.  have they missed a trick in not reuniting with Sebastian Bach?

Rachel Bolan (Bassist) has always said, for nearly twenty years, that a reunion with Sebastian Bach would never happen. Of course, on the face of it, there is no real reason to believe what rock stars say. Just because they say it won’t happen doesn’t mean that it doesn’t happen.   Nine times out of ten reunions come down to money so why should Skid Row be any different, especially considering the fact that they are no longer the arena headlining act they were back in the days of Sebastian. The fall-out from Sebastian leaving the band was pretty dramatic and it took the band a long time to recover, it took eight years before new material with Johnny Solinger (Bach’s replacement) was released.

Commercially, the hiring of Tony Harnell (formerly of TNT), makes about as much sense as the hiring of Johnny Solinger. However, this band have proven over the past 15 years that it’s not about the money or commercial side of the band. Whether they play 20,000 capacity arenas or 1,000 capacity clubs it doesn’t make a difference to them, other than the bank balance of course. They have sold over 20 million records though so I guess they probably aren’t on, erm…..skid row!!. The reality is that even if they produced the best music they have for 25 years with Tony it is likely that they will still keep flying under the mainstream radar.

Maximum Volume have been long-time supporters of the band ever since we first heard “Youth Gone Wild” back in 1989. We even declared them the best band in the world after seeing them live on the Slave To The Grind tour in 1991. We saw them tear up the UK again in 1995 on the Subhuman tour.

Sebastian, since leaving the band, has gone on to have a successful solo career and is not shy in keeping himself in the public eye. Like the band he hasn’t hit the heights of the late 1980’s/early 1990’s but then the same can be said for hundreds of great hard rock bands that are still putting out new music today. It doesn’t make them any less valid or important because the radio and TV shows don’t play them anymore.

A reunion with Sebastian would have made perfect sense, and a whole load of money, and there is no doubt that if you ask 100 Skid Row fans if they want the reunion at the very least you will get 99 saying “Hell, Yes!!” The band are aware of this but they cannot have made their position about this subject any clearer, particularly in the last couple of years when Sebastian has been increasing open to the idea of a return.

In an interview with Eddie Trunk on his Sirius XM show, Dave Sabo & Rachel Bolan advised that they were more than happy with hiring Tony and that they wanted to move forwards with a new guy rather than backwards with Sebastian. Commercially a bad move but if it’s right for the guys in the band to want another fresh start and not re-open old wounds with Sebastian then that’s their choice. It’s their band after all and they don’t owe it to the fans to bring Sebastian back. It doesn’t work that way.

We’ll admit that we would love to see Sebastian fronting the band again, perhaps that’s from a nostalgic point of view, but if it doesn’t happen, and it looks like it won’t, then we are more than happy to check out what Skid Row: Mark 3 comes up with in the future just like we did with Johnny.