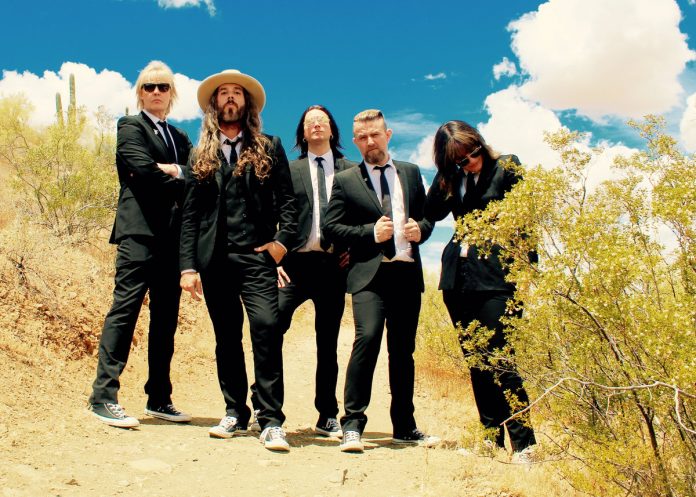 I am proud to support bands that I love with Maximum Volume Music, and I am even prouder that, increasingly, the rest of the world is spreading the love for one of them: Ryan Hamilton and the Harlequin Ghosts.

Over the last few years, Ryan has produced what I would argue is the best, most consistent collection of music of anyone on the planet, and now RHATHG are following up the release of their incredible debut “This Is The Sound” record with some huge shows next month (check out all that info below).

To celebrate, they have released a new single exclusive to the UK to coincide with the tour, “Get Down” and I am thrilled that MVM is the first place in the world to be able show it.

Thank you, Ryan. Now, more importantly, if you aren’t on board already, make sure you get involved, because: This.Is.The.Sound of 2019.

‘This Is The Sound’ is the debut album from Ryan Hamilton and the Harlequin Ghosts and was released on 31st May 2019 on Stevie Van Zandt’s Wicked Cool label. The band are thrilled to announce that they will be special guests on the Tearaways (featuring Blondie’s Clem Burke) UK tour through August 2019.

Although this is this band’s debut release, Texan singer/songwriter Ryan Hamilton has been releasing music for several years now under various incarnations.  He cites classic acts such as the Rolling Stones, Tom Petty, Beatles and John Mellencamp as influences but the music and lyrics have a modern fresh sound thanks to producer and long time collaborator Dave Draper (the album was recorded at his studio in Worcestershire and Ryan’s in Texas).

Current single (and album title track) is currently playlisted on over 100 radio stations across the UK – the official video can be found here: https://youtu.be/3Rwbu19TxdQ

UK dates (as special guests to The Tearaways):

Tickets on sale from Friday 19 July

Saturday 24 August at The Tap, Derby

Tickets for these shows only are available exclusively through: ryanhamiltonmusic.com