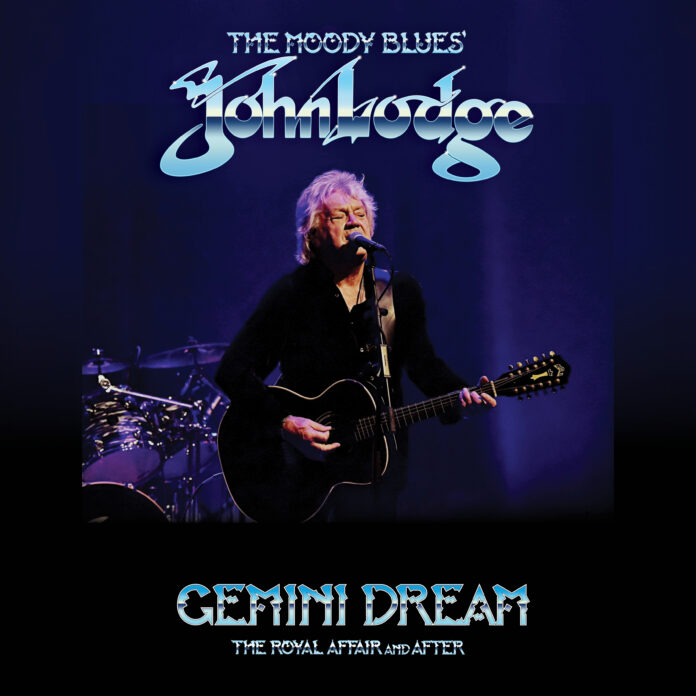 John Lodge, legendary bass player, songwriter and vocalist of The Moody Blues, and inductee of the Rock and Roll Hall of Fame, has released a live version of his classic hit ‘Gemini Dream’.

The song was recorded live in Las Vegas on ‘The Royal Affair Tour’ and appears on John’s new album ‘The Royal Affair and After’ due for release on December 3rd, and available now for pre-order now. This is the second single from the album, and a video to accompany, featuring John and his band.

Check out the video here https://youtu.be/FpF7B90NIYs

“Gemini Dream” was originally released on the 1981 Moody Blues ‘Long Distance Voyager’ album, and reached no.12 in the Billboard Hot 100 charts, earning John Lodge and Justin Hayward an ASCAP award for song-writing.  The song deals with the relationship between performer and audience, and you can see and hear the electric connection between John and his audience when he performs this song!  John and his 10,000 Light Years Band bring an incredible energy to this recording, and it was a fan favourite on the ‘Royal Affair Tour’, never failing to get the audience up and dancing!

“‘Long time no see’… those opening words to Gemini Dream resonate even more with me today – what was true in 1981 has become true again in 2021.  The song is about balancing ‘twin’ lives – touring musicians, and non-touring musicians.  I finished my tour on March 8, 2020, and was in lockdown within days, but I never expected to be off the road for this long… Although this was a forced ‘sojourn’, it was a creative time, writing and recording new songs and a time well-spent with family, but as the song says, “the time is right” to get back on the road.  Let’s keep that Gemini Dream alive for all of us…..and thank you for keeping the faith.” John Lodge.

Joining John on stage is his ’10,000 Light Years Band’; Alan Hewitt (Music Director and Keyboards), Billy Ashbaugh (Drums), Duffy King (Guitars) and Jason Charboneau (Cello) and together they capture the heart of this classic Moody Blues song, a song that is so relevant again today for John and the band as they wait to get back on the road in 2022.

Pre-order / pre-save ‘THE ROYAL AFFAIR AND AFTER’ here: https://orcd.co/JohnLodgeTheRoyalAffairAndAfter

John Lodge is bass guitarist, vocalist, and songwriter for the iconic Rock & Roll Hall Of Fame 2018 inductees, The Moody Blues. Songwriter of such mega Moody Blues hits from “Ride My SeeSaw,” to “I’m Just A Singer (In A Rock and Roll Band),” “Isn’t Life Strange?” and many more, Lodge has been performing and recording with The Moody Blues for more than five decades, selling in excess of 70 million albums.  Lodge has been voted one of the “10 most influential bass players on the planet,” and has been the recipient of many awards, including ASCAP (American Society of Composers and Publishers), an Ivor Novello Award, a Lifetime Achievement Award from Prog Magazine, to name just a few.  With the Moody Blues now no longer touring, John is passionate about “Keeping the Moody Blues Music Alive”, and John and his 10,000 Light Years Band provide a unique opportunity to continue to experience the magic of the Moody Blues.  2021 will see the release of his live album ‘The Royal Affair and After’ and touring is being planned for 2022.