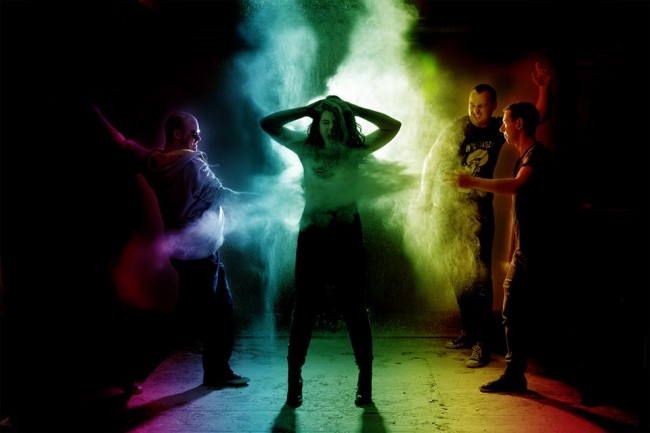 June 7, 2015
Reading time: 3 min.
Facebook
Twitter
Pinterest
WhatsApp
Linkedin
Email
Print
Telegram
Copy URL
By Andy Thorley
They’ve been to the House Of Commons, they’ve played at the request of the Bermudan President and they’ve been compared to Cher. They are Mohawk Radio
MOHAWK RADIO, a  Manchester based female fronted band  went up against thousands of bands from across the UK in the music competition Rock the House — and won. British MP Mike Weatherly started Rock the House in 2011.
His hope was to promote live music and highlight the importance of recognising intellectual property rights in all areas of the arts.
MPs are invited to suggest a talented band or artist as part of the annual event, a panel of international music industry experts and musicians then narrow the finalists down to three.
Mohawk Radio was named the winning group following a battle of bands at The Bedford, a live music venue in London http://www.rockthehousehoc.com/

Mohawk Radio recently were invited to play in NEW ORLEANS  to perform as requested by Bermuad’s president. (as MIA lead singer is originally from Bermuda) the band played  at the New Orleans SUPERDOME CLUB XLIV – just short of a week ago..

They are a band that genre hop between ballsy, foot stomping rock songs, to emotive soft rock/pop ballads. At the forefront of this is Bermuda born Mia Page, whose powerful vocals are unrivalled in the underground scene, and to be honest, most of the modern commercial scene too. Her range and power not only sounds great recorded, but when you add her larger than life stage presence into the mix, then you have an accomplished rock artist/performer who commands the stage in much the same way as her more famous predecessors, such as how the likes of Cher and Stevie Nicks made an impact with a rock band behind them. She may have been born in Bermuda, but she’s becoming a Manchester sensation.

Although the focus is on Page and her stage theatrics, it should be noted that the musicians behind her are key to the whole Mohawk Radio package. With a solid rhythm section of Dave Quinn on drums, and Sean Frankland on bass, and the illustrious guitar craft of James Gregory, who’s one of the most innovative in the underground scene, Mohawk Radio have the foundations to create something a little unique and special. They play with all the gusto and passion of a heavy rock band, but peel it back just one simple layer to make the sound so much more captivating and melodious. At times it sounds like stripped back metal that’s held back, bursting to detonate from its constrictions, but its Page’s control of the tempo of each song that won’t allow it to become too hard hitting, and that’s what makes the band sound so engaging and interesting.