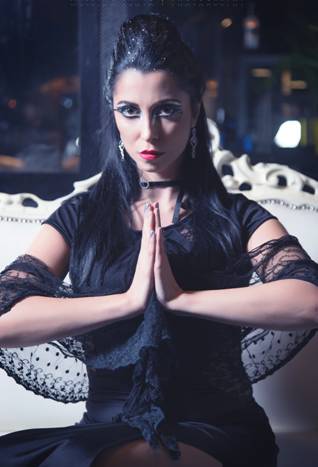 Micaela Battista AKA SilverSnake Michelle was born in Turin, Italy. She has been studying and an entertainer ever since early on. She has performed as an actress in a wide range of plays from drama to comedy. On top of that she also graduated from law school and passed the bar to become a lawyer.

Then Micaela continued to study and work on her craft in music in Milan where she joined a program as a soprano and in modern singing. Micaela studied ethnomusicology and passed with a degree in music theory at the University of Musicology in Milan.

Get Band email for free at ReverbNation.com

In 2013 she began to further pursue her personal music path. She began composing and interpreting her own songs under the new name SilverSnake Michelle. This stage name is a symbol of rebirth and wisdom, and it represents life itself. She met Dario Arena whom plays guitar and Daniele Marchetti whom is on keyboard/ guitar. They all worked together to arrange some original songs. They take influences from various cultures ranging from Indian music to Celtic. Their sound is classic like 80′s rock with Celtic and Gothic tones. The music they create is emotional and straight from the soul.

The latest single released is ‘Drops Of Time’ which is receiving airplay all over Italy right now. The lady herself says: “This track is a perfect representation of their truly unique and exciting sound. Going from a soft acoustic symphonic sound then building and bursting in with more electric intensity.”