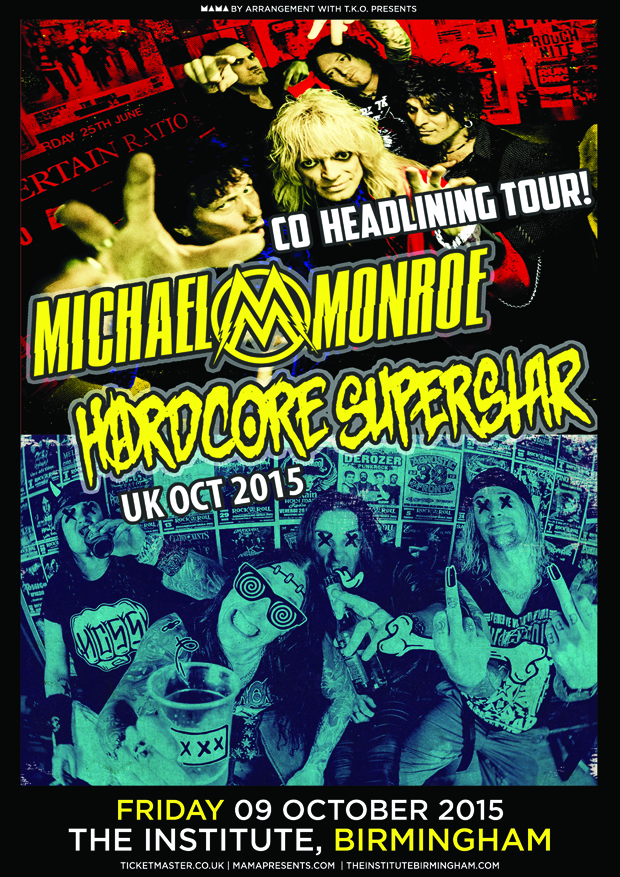 …And comes to the UK for a tour

On the verge of releasing his latest solo outing “Blackout States” on October 9th via Spinefarm Records, today MICHAEL MONROE reveals the album artwork and track-listing, as well as some UK Shows. 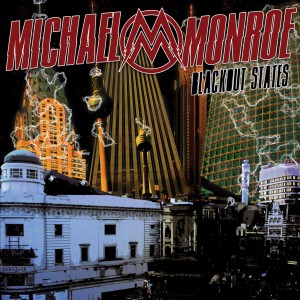 The new MICHAEL MONROE album “Blackout States” will be released on October 9th, 2015. It was produced by Chips Kiesbye (The Hellacopters, Nomads, etc.) in Gothenburg, Sweden, and mixed by Petri Majuri in Helsinki, Finland.

On the new album, the legendary vocalist comments: “I’m extremely excited about our new album, ‘Blackout States’. It has all the ingredients of a perfect rock ‘n’ roll record – strong melodic songs with great meaningful lyrics that defy all clichés, delivered with a punky, ballsy attitude by a killer band. I highly recommend ‘Blackout States’ to anyone who’s even a little bit interested in what real, authentic, high energy rock ‘n’ roll at its best sounds like today.”

The album release is preceded by the launch of the first single, “Old King´s Road” (out on all digital platforms September 4th) and the accompanying video,  directed by Monroe’s trusted man Ville Juurikkala (“Stained Glass Heart”, “Ballad Of The Lower East Side”).

MICHAEL MONROE will be hitting the road this Fall for a co-headlining tour with Sweden’s sleazemongers Hardcore Superstar and some very special UK shows with Alice Cooper. Dates below.  To join MV in Birmingham click here: