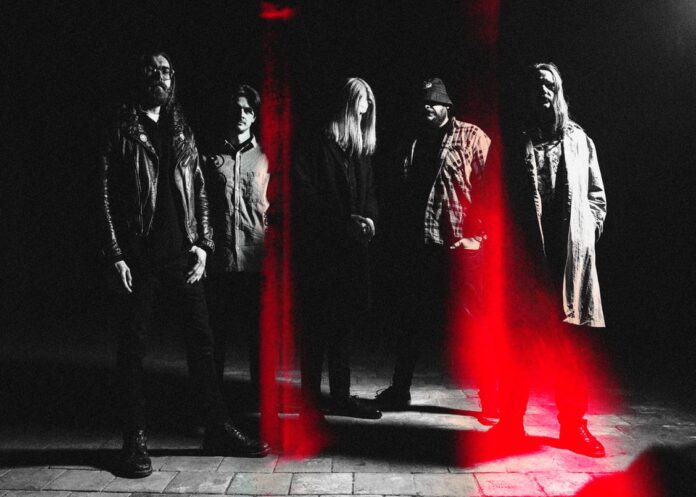 A feat of engineering, building elements of hardcore, old school grunge and nu metal into one another, ‘Mercy’ is the new single from Black Coast. It’s the sound of a band assured in their direction and opening up a new avenue for heavy music in the UK.

‘Mercy’ muses on vocalist Charlie Hewitt’s thoughts on how he’s let others see himself: “It can be a struggle not to just introvert yourself so much that you let no one in at all. This song is about trying to break down those self-imposed barriers. It’s about learning to cope when feelings of self-loathing creep in and how I’ve grown within myself as my mind and life change.”

The track features on the band’s forthcoming self-titled EP which will be self released on 28th April. The EP was produced, recorded and mixed by Sam Bloor at Lower Lane Studios and mastered by Grant Berry at Fader Mastering.

Black Coast will be taking their brand of heavy on the road across the UK this month on a clutch of dates supported by Cut Short. See below for details. When experiencing them live, expect a raw orchestra of emotion and aggression with a harmony of pitch-shifting guitar, hard-hitting drums and haunting vocals.

Forged deep within the lost pottery kilns of Stoke-on-Trent, Black Coast released their debut album ‘Outworld’ in 2021 to acclaim from the underground scene and critics alike with Metal Hammer surmising that it “makes a statement” and broadcaster Sophie K proclaiming “Damn, this band are so good!” Black Coast aim to re-evaluate your senses and turn the music world on its head. The band’s musical blade has been tempered all over the world, from the neon clad streets of Japan to the backstreet bars of Glasgow.

Previous article
NORTHSTAR BACK ON THE RISE
Next article
HOLIDAY TIME