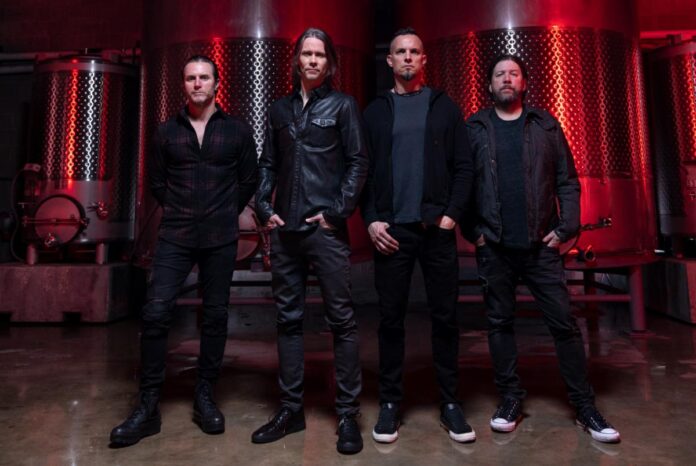 With 2023 less than two weeks old and their highly praised European headline tour barely in the rear view mirror, acclaimed rockers ALTER BRIDGE are back with a new single and music video to launch the new year! The song “Holiday” has been a fan favourite since it was made public with the release of Pawns & Kings last October, and is currently smashing up US airwaves, as one of the most added songs at Active Rock radio there.

The “Holiday” video marks the return of longtime video collaborator Dan Sturgess of Sturge Media – known for capturing the band’s iconic performance with the Parallax Orchestra on Alter Bridge: Live At The Royal Albert Hall.

Watch the music video for “Holiday” HERE or by clicking the image below.

Pawns & Kings – the band’s seventh studio album – was released worldwide on October 14 via Napalm Records. From the opening riffs of “This Is War” to the title track album closer “Pawns & Kings,” ALTER BRIDGE returns with an album of intense tracks that were born after the cycle for their last album was cut short by the global pandemic. Songs like “Dead Among The Living,” “Holiday” and “Last Man Standing” showcase the signature songwriting the band is known for. The album offers numerous epic adventures, with three songs clocking in over six minutes each. The opus “Fable Of The Silent Son” clocks in at 8:29 and is the longest recorded song in the band’s catalogue – a distinction held by “Blackbird” until now. Mark Tremonti steps out of his backing vocal role to take the lead on “Stay,” an introspective ballad that is sure to become a fan favourite live. The band have released lyric videos for the title track “Pawns & Kings”, the popular “Sin After Sin” and album opener “This Is War”. These songs all found their way into the band’s set list during their European tour.

ALTER BRIDGE’s Pawns & Kings is now available for streaming via all digital service providers and to order in various physical configurations HERE.