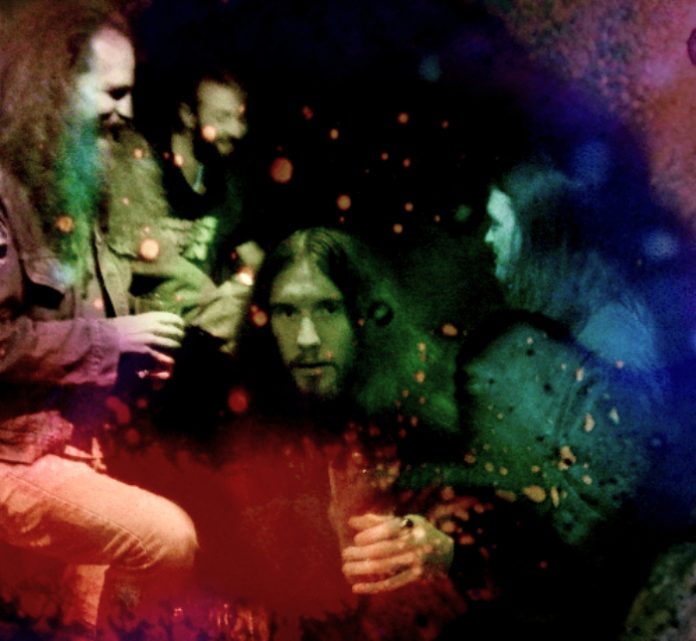 Hailing from the British Midlands, English psych-metal four-piece Prophets of Saturn return this July with a follow-up to their 2013, self-titled debut on the Birmingham-based label HeviSike Records.

Offering up a heady excursion into the dope-smoking amplifier-worship of Pentagram, Saint Vitus and Electric Wizard, Retronauts is for neither the faint of heart nor mind. Traversing cosmic ley-lines on an antiquarian journey through the lineage of English proto-metal, a lysergic love of Cream, The Beatles and fellow Midlanders Black Sabbath permeates Prophets of Saturn’s sound. A sound laced in equal measure with both the usual and unusual, from a band possessed to the point of lunacy with channeling bad acid trips, occultism and electrified doom through a fuzz box to get out of it the desired winding riffs and demented wails.

Like their debut – originally released on Cosmic Tomb and later rereleased by HeviSike Records on limited edition CD and cassette – Retronauts is a must-hear for fans of spaced-out, groove-laden metal. The kind committed to analogue tape in the most esoteric of studios and best heard live through vintage stacks.

Known for their commanding and mesmerizing stage shows the band has shared stages recently with the likes of Wounded Kings, Bong, Goatess and Admiral Sir Cloudesley Shovell and play a number of dates this summer in support of the album’s official release. (See live dates below.)

Retronuats by Prophets of Saturn will be released on 17th July 2015 on HeviSike Records.

Previous article
No More Lies
Next article
C.R.O.W.N Of Thorns