May Dates For Immolation 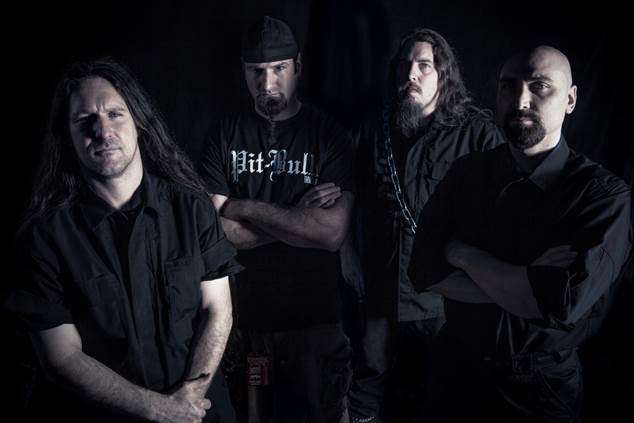 Marduk shows on the horizon

Yonkers NY’s unique death metal masters, Immolation are very pleased to announce that they will be supporting black metal veterans Marduk on their upcoming May UK dates.

The 4 date run commences with a performance at London’s infamous extreme music event, Incineration Festival (also with Marduk) on May 8th, culminating on May 11th with a final show at The Fleece, Bristol.

Commanding frontman and bassist Ross Dolan said of the announcement:“We are very excited to be returning to Europe, supporting and sharing the stage with our good friends and metal brothers in Marduk. We have toured with the Marduk guys many times before in the past and are looking forward to a great tour with some great people. It will be a good one for sure, see you all in May!”

You can purchase tickets for the Immolation / Marduk dates here:
(inc. ticket links)

Immolation are currently working on a brand new studio album which is due for release this summer via Nuclear Blast.
Stay tuned for more details…

Immolation are now a name long synonymous with the extreme music scene, they have been delivering some of the most unique and creatively dark, death metal the underground has witnessed over the past 25 years.  They continue to push the boundaries and remain a vibrant force for the future of a genre that they helped define. Ever since their debut album ‘Dawn of Possession’ (Roadrunner) was released in in 1991, they have continued album after album to refine and hone their most identifiable style, creating some of the darkest and most adventurous death metal the scene has ever heard. With such classic albums as ‘Here In After’, ‘Failures for Gods’, and ‘Close To A World Below’ (Metal Blade), as well as their more recent critically acclaimed releases, ‘Unholy Cult’, ‘Harnessing Ruin’, ‘Hope and Horror’(ep) and‘Shadows In The Light’ (Listenable/Century Media),  the band has developed into one of the premiere extreme acts of our time.

The next stage in Immolation’s evolution was their signing to Nuclear Blast and release of their NB debut record‘Majesty and Decay’ (2010). The record not only far surpassed their previous releases musically, but also started a new chapter in their career.