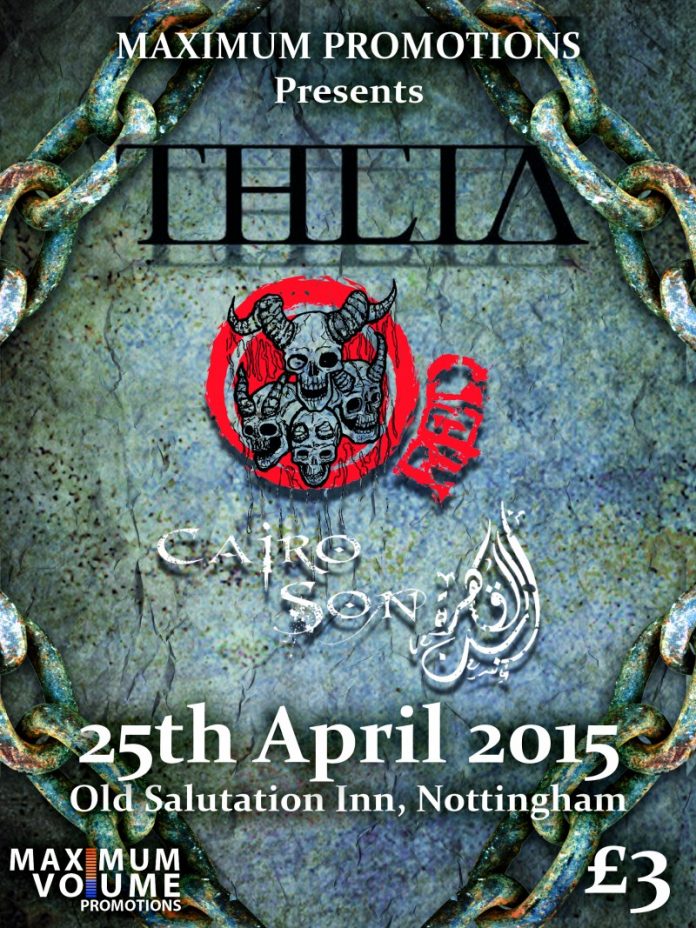 We are back to Nottingham this Saturday – and we’ve got a killer bill!

Following the success of our two January showcases – which saw seven brilliant bands play across two nights in two cities, we are back for a third.

We are absolutely delighted to announce that our friends in Theia are headlining, with the brilliant West Midlands Metal band Left For Red – who have just launched their  brilliant “All Things Known And Buried” with a gig tonight in Birmingham – also on the bill.

Opening the night will be the first ever East Midlands gig for London based rockers Cairo Son, who’s album blew us away last year, and we are really pleased that they agreed to complete the bill.

It all happens at the Old Salutation Inn in Nottingham on 25th April and entry is just £3!