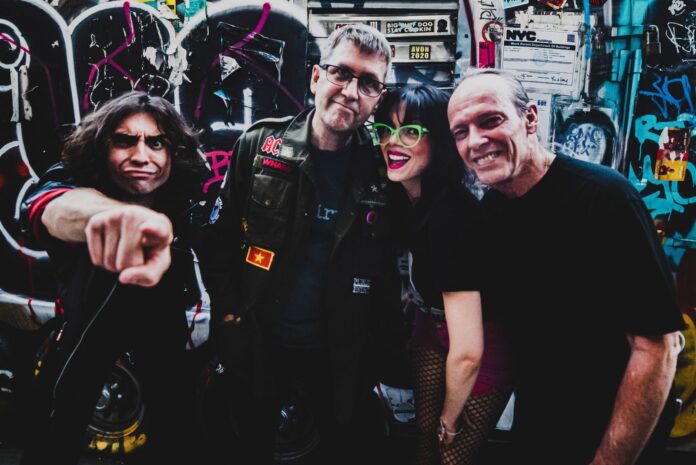 With New York-based Bad Mary it’s all about unapologetic guitar riffs, punchy bass tones, pounding drums, powerful vocals, melodic insightful lyrics, and having fun. The band is currently putting the finishing touches on an EP of all-new material, Trash And Glamour that will be released this spring. Later this year they will celebrate the 10th Anniversary of their first album Better Days with the release of re-recorded and remixed versions of the songs, the EP Better(er) Days will be out in the fall.

Bad Mary is lead vocalist Amanda Mac, with her husband Mike Staub on bass, her dad Bill Mac on drums, and her Hofstra University professor David Henderson on guitar. When asked about the plans for 2023 bassist Staubsays “We’re so pumped for 2023. After 2022 being one of the best years for us ever, we’re super excited to see what this year has in store for us. We’ll be releasing our next EP “Trash and Glamour” in the Spring and following that up with some local live shows! We may even announce a tour soon, so we hope people keep their eyes and ears glued to our socials. We’re also planning to celebrate the 10th Anniversary of our first album, Better Days! We’ve talked about re-recording some of our favorites from our original album and after ten more years of experience, now feels like the right time. We’ll be releasing an EP Better(er) Days in the fall.”

Bad Mary’s songs have been a staple in rotation on SiriusXM’s Underground Garage, in 2022 they garnered the New Music Spotlight on The Dollyrots Kelly Ogden’s show Sunrise Surprise, as well as being Kelly’s pick for Coolest Song In The World for their single “It’s All Trash.” They have also gotten consistent airplay on Legendary radio host and rock and roll influencer Rodney Bingenheimer’s show. See the video for “It’s All Trash” here: https://www.youtube.com/watch?v=DRuRleVkWeE

The band will also be touring later this year with a summer run in Japan and US dates to come. You can catch their weekly live stream on Twitch on Tuesday nights at 8 pm EST at https://www.twitch.tv/badmaryband.