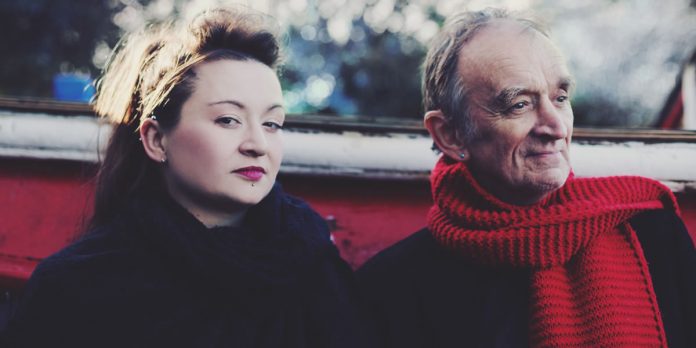 Bewdley Festival opens its 2019 programme on Friday October 11th. The Festival Theatre in the Mercure Bewdley Heath Hotel will reverberate with a very special performance as Martin and Eliza Carthy, together with some special friends, will be performing their new musical work “East” for only the second time since its premier.

Martin and Eliza have spent the last few months compiling and curating a collection of musical and poetical works from the East of England. Their side of the country contains myths, legends, poems and ballads from the furthest North of Northumberland, through Hull right down to Suffolk, where you can also find East Anglian step dancing, here performed by Ewan with the band.

The show features diverse elements from epic stories (including Pete Morgan’s famous Robin Hood’s Bay poem “Drowned at Sea to Dead on Land”) to traditional dancing, with the joyful stepping of East Anglian rhythmic dance, and maybe a bit of solo Rapper thrown in.

For more than 50 years Martin Carthy has been one of folk music’s greatest innovators, one of its best loved, most enthusiastic and, at times, most quietly controversial of figures. His skill, stage presence and natural charm have won him many admirers, not only from within the folk scene, but also far beyond it.

He’s a ballad singer, a ground-breaking acoustic and electric-guitarist and an authoritative interpreter of newly composed material. He always prefers to follow an insatiable musical curiosity rather than cash in on his unrivalled position. Perhaps, most significant of all, are his settings of traditional songs with guitar, which have influenced a generation of artists, including Bob Dylan and Paul Simon, on both sides of the Atlantic.

Eliza Carthy is undoubtedly one of the most impressive and engaging performers of her generation. Twice nominated for the Mercury Prize and winner of innumerable other accolades over a 20 year career, Eliza has performed and recorded with a diverse array of artists including, Paul Weller, Rufus and Martha Wainwright, Patrick Wolf and Bob Neuwirth. More than most, Eliza Carthy has revitalised folk music and captured the most hardened of dissenters with intelligent, charismatic and boundary-crossing performance.