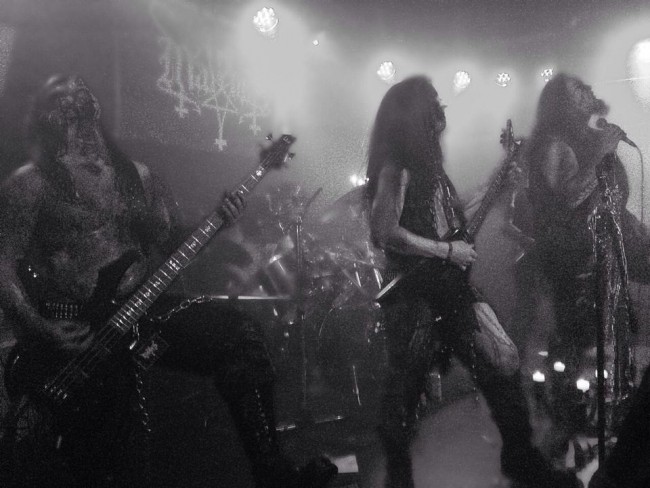 Malphas was born in 2014 by some musicians from old black metal band with already a good setlist and stage experience. The guitaristsXezbeth and  Raven and Belaam Astaroth on vocals.

After a year of composition, Malphas release their first EP “Occult Propaganda” recorded in Switzerland by BMTC records with the new line-up and to do their first concert at the NIGHT OF BLASPHEMY IV, with the new stuff and some old songs of the ex black metal band of the three leaders of Malphas.

Malphas is influenced by Watain, Dissection and some others Swedish black-death bands and the lyrics are about Lucifer, death and  satanism.