Mad Minutes Move In Another Direction 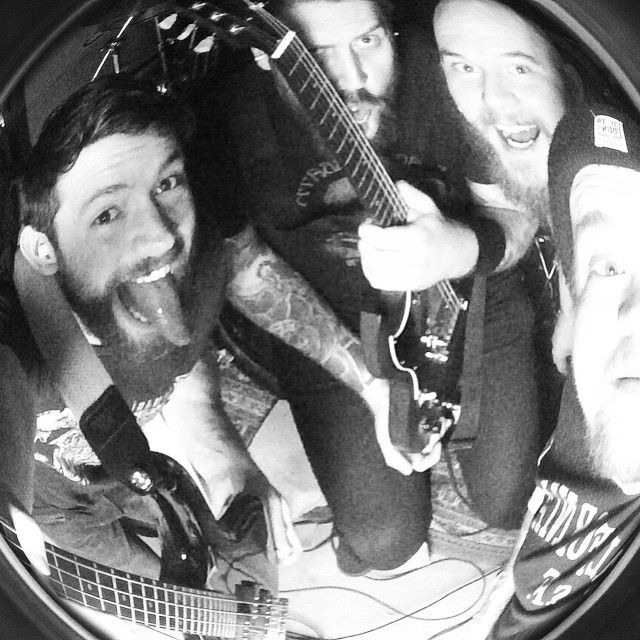 Swedish hardcore punks have a point to prove!

Mad Minutes is a hardcore/street punk band formed 2014 in Skövde, Sweden. The band name defines what hardcore punk is all about, the straight forward sound, the just about one minute songs with melodic burst outs and the true scream of rage, the frustration and dedication to the old school hardcore scene.
After much local support and positive feedback Mad Minutes recorded their first album “Another Direction” in 2015. The album is now due to be released both physically and digitally and Mad Minutes are now looking forward to a hectic year promoting the new album.
Mad Minutes is a group of friends with various musical backgrounds but with a mutual interest for punk and more specific the hardcore scene. The band is now looking to book shows in 2015 with the new record in their back pocket, much new material is already on its way and the band is very hungry for more. Vocalist Leo says that this definitely is merely the beginning and that we have now finally found our sound, it really sticks and we are very proud of it the sound has clear influences from bands such as “Black Flag” and “The Adolescents” mixed with more recent influences, together it creates an interesting sound that stands out, or in the direct words of Mad Minutes “I`m a loaded gun, fire me though your system please walk in ANOTHER DIRECTION!”

Previous article
Fateful Finality Are Battery Powered
Next article
Running Red Lights? You Just Might Find It’s Lucky For Some!