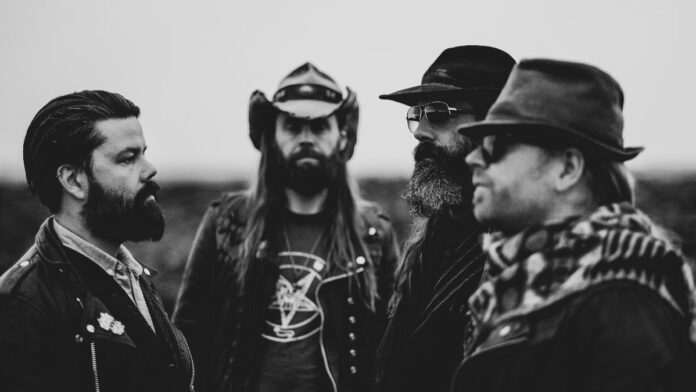 Icelandic post metal band SÓLSTAFIR are proud to release their brand new music video for the track ‘Dionysus’. The song was taken from their latest album ‘Endless Twilight of Codependent Love’ which was released in 2020 via Season of Mist.

The video can now be seen via the official Season of Mist YouTube channel HERE. The link may be freely spread throughout your channels. ‘Dionysus’ was produced and filmed in Reykjavík (IS) between August and October 2021, and edited at the Don’t Panic Films studio in Boston, Massachusetts (USA). While the video was originally shot in 8K, the finished product was scanned in its entirety onto 35mm filmstock for release. At its core, the music video for ‘Dionysus’ is an allegory for the inner-violence and tragedy of substance abuse, and for the struggle with an endless twilight of codependent love, inherent.