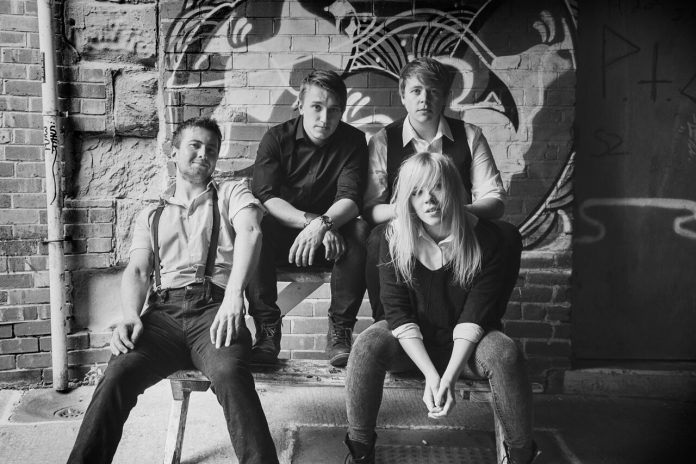 Self-proclaimed ‘Sasscore’ unit Air Drawn Dagger mark their arrival with the release oftheir new video single, The Banshee, which is taken from the Alt-rockers’ current EP Ours For The Taking….Theirs For The Breaking, out now on Animal Farm.

Attacking your senses from Steel City, Air Drawn Dagger weigh in with a punchy sound gathered from an avalanche of influences panning from Grunge and Punk to Rock and Electronic.

Besides housing an impressive encyclopaedia of music, the band have a clear admiration for literature. Their new EP release, Ours For The Taking … Theirs For The Breaking, follows a concept narrative, as a young couple are trying to escape a dystopian town. The couple take flight to evade some metaphorical hound-like creatures that operate under an Orwellian government, and are stalked by a mystical character/premonition called The Banshee. The topics explored on the record range from mental health and loss to romance, to name just a few. The EP landed last year and you can listen to it in full, here: http://hyperurl.co/airdrawndaggerEP