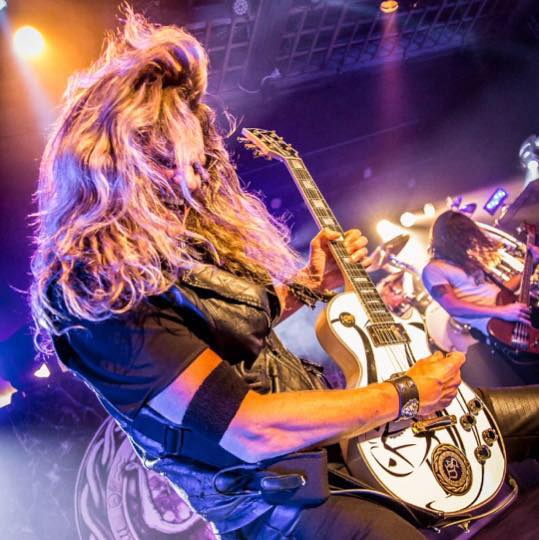 There’s just been a Facebook Premiere for Long For The Days” from Joel Hoekstra’s 13’s new studio album DYING TO LIVE, which will be released October 16th.

“Long For The Days is a song about reflection and regret over a relationship gone badly,” explains Hoekstra.  “It’s a good old-fashioned, classic-rock style track that captures elements of some of my favorite bands (I’ll let you figure them out!).  Vinny Appice (drums) and Tony Franklin (bass) lay it down while Derek Sherinian (keys) provides the right sounds and parts with tasteful perfection.  Russell Allen delivers one of my favorite vocal performances EVER and Jeff Scott Soto sings some amazing backgrounds to support them.  I hope you enjoy it as much as I enjoyed writing/recording it!”

Pre-orders are now available on Amazon (CD & MP3) and iTunes (MP3). All MP3 pre-orders include instant downloads of “Long For The Days” as well as “Until I Left You” and “Anymore” (featuring Russell Allen).

Joel Hoekstra is a guitarist in the legendary Whitesnake and is also well known for his work with Trans Siberian Orchestra, Night Ranger and the hit show Rock of Ages.