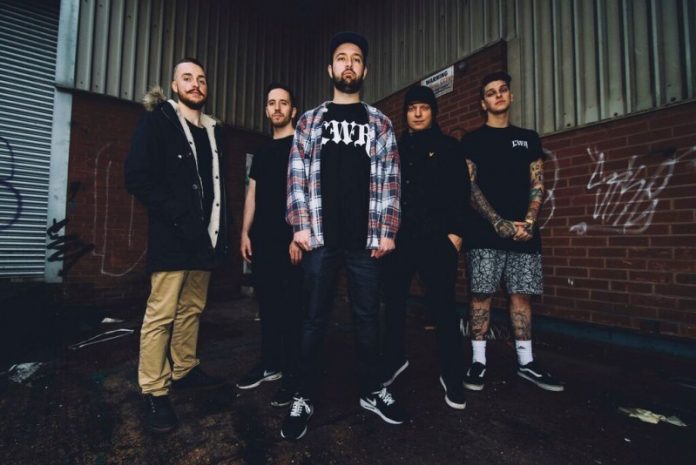 The band have also announced a European headliner, the first of many live announcements to come. Check out the full list of dates below.

Records rarely get angrier than this: Peaceless is a blistering ride, a sub-40 minute, no-holds barred barrage of the finest melodic, metallic hardcore.

Recorded with Nathan Smith (Malevolence, Napoleon, Martyr Defiled and more), the thumping tracklist of Peaceless is supported by a hugely accomplished production which leaves a huge and lasting impression. The eerily deliberate pacing of opener ‘Hostile’ through to the melodic highs and majestic finale of ‘Dead Prayers’, Peaceless is an album to get the blood pumped over and over again.

Started in 2013 when frontman Rich Lardner was recovering from an emergency operation,Lock & Key’s status looks set only to rise with the release of Peaceless. A band who’ve toured with Deez Nuts, Bury Tomorrow and more, Lock & Key could well be paving the way for the next wave of hard-as-nails music.